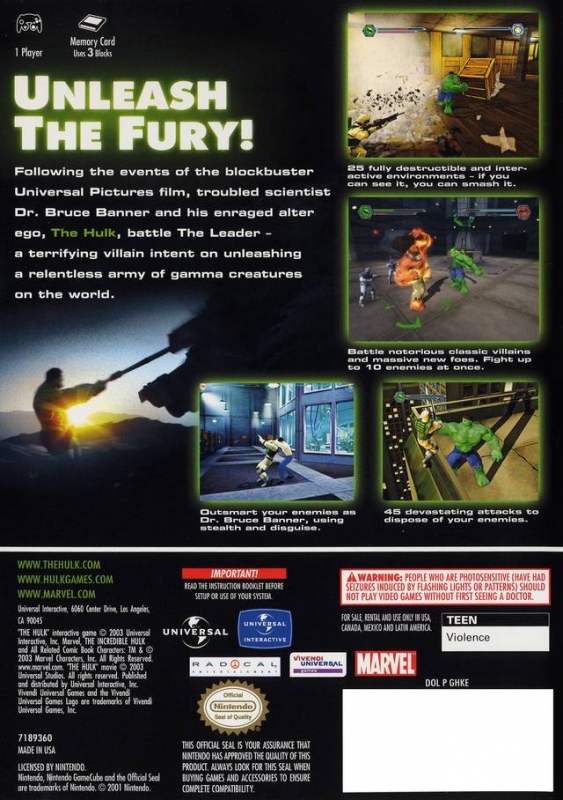 In yet another Marvel action hero brought to life, Dr. Robert Bruce Banner gets caught in the heart of a nuclear explosion and is the victim of a large dose of gamma radiation. Now he finds himself transformed during times of stress into the dark personification of his repressed rage and fury - the most powerful man ever to walk the face of the Earth! Now you can control The Hulk and smash all the enemies that stand in your way in this game based on the hit movie.

Gameplay:
The game is split into two different gameplay types: stealth missions starring Bruce Banner, and destruction and combat stages played as The Hulk. Players learn Hulk's 25 devastating attacks and fight their way through 30 different levels and face gamma-enhanced super villains like Flux, Rampage, and Half Life. Features the voice of Eric Bana as The Hulk.
Features: