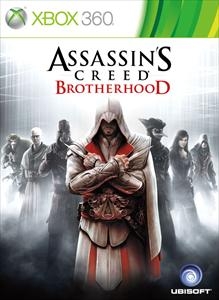 The Da Vinci Disappearance includes both single-player and multiplayer content for Assassin’s Creed Brotherhood. After the fall of the Borgias in Rome, Leonardo Da Vinci is kidnapped by the Hermeticists, an underground cult dedicated to transforming mankind. Ezio will embark on a relentless quest to recover stolen paintings in order to find Leo before it is too late, discovering two new locations and two new gameplay features along the way.

The multiplayer addition is the biggest expansion to the award-winning multiplayer yet, including one new map, four new characters and two new game modes. The new multiplayer map, Alhambra, is a lush environment set in Spain’s Albaicin of Granada and provides multileveled indoor and outdoor areas perfect for predators to lurk in the dense crowd for unsuspecting targets. The four new characters will undoubtedly be a huge hit with Assassin’s Creed fans, consisting of the Dama Rossa, the Knight, the Marquis and the Pariah. The two new gameplay modes, Escort and Assassinate, will provide a whole new gameplay experience for Brotherhood players. In Escort mode, two teams of four players compete in this team-based mode where each team must protect their VIP target or assassinate the other team’s VIP. In Assassinate mode, six to eight players are pitted against each other deathmatch style in one ten minute round.