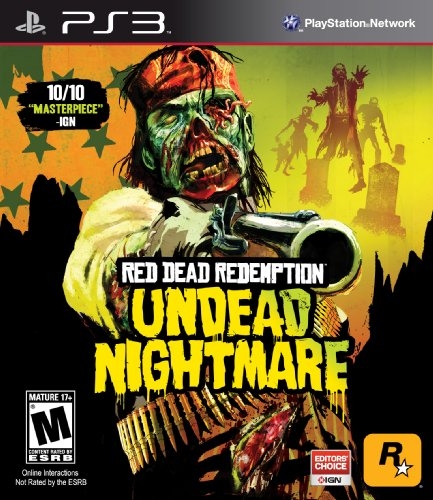 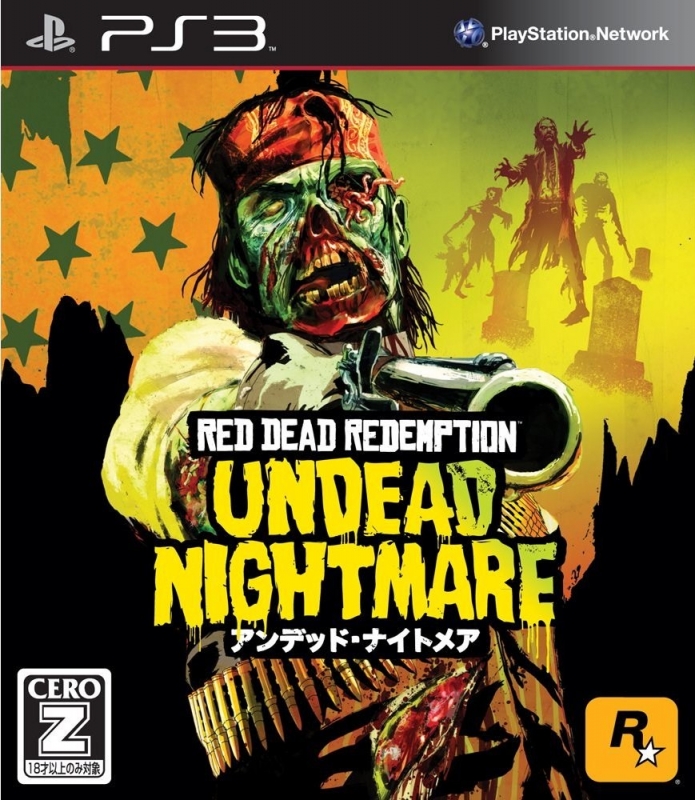 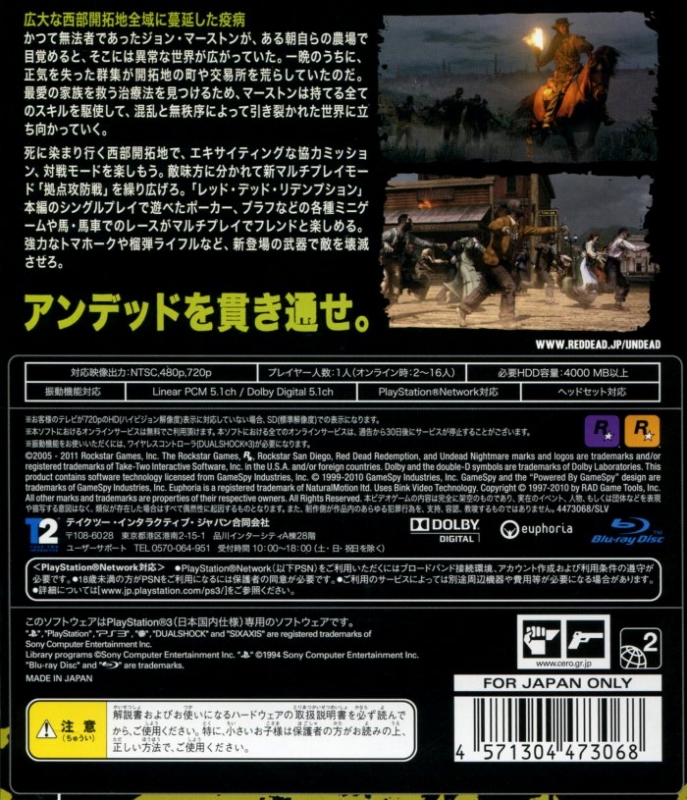 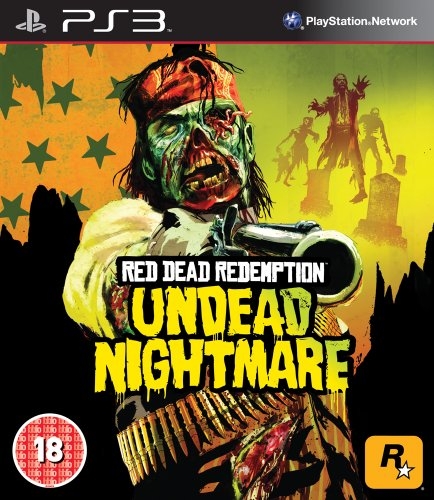 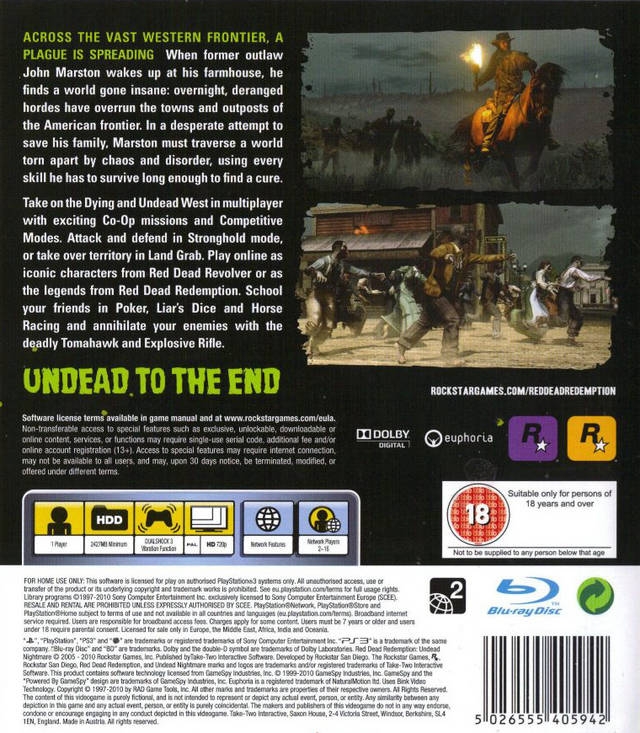 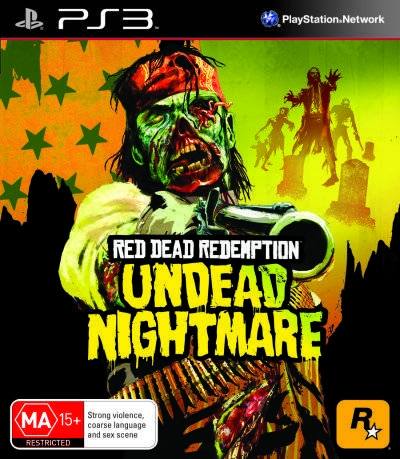 When former outlaw John Marston wakes up at his farmhouse, he finds a world gone insane: overnight, deranged hordes have overrun the towns and outposts of the American frontier. In a desperate attempt to save his family, Marston must traverse a world torn apart by chaos and disorder, using every skill he has to survive long enough to find a cure.

Take on the Dying and Undead West in multiplayer with exciting Co-Op missions and Competitive Modes. Attack and defend in Stronghold mode, or take over territory in Land Grab. Play online as iconic characters from Red Dead Revolver or as legends from Red Dead Redemption. School your friends in Poker, Liar's Dice and Horse Racing and annihilate your enemies with the deadly Tomahawk and Explosive Rifle.