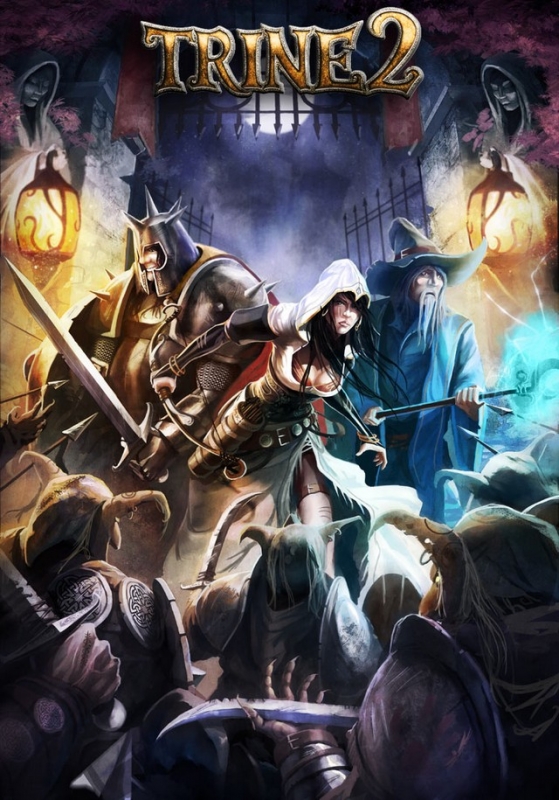 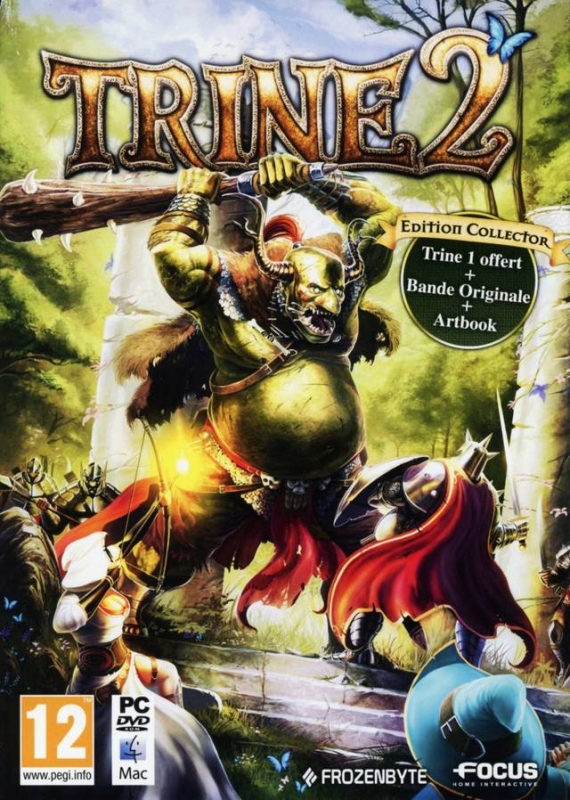 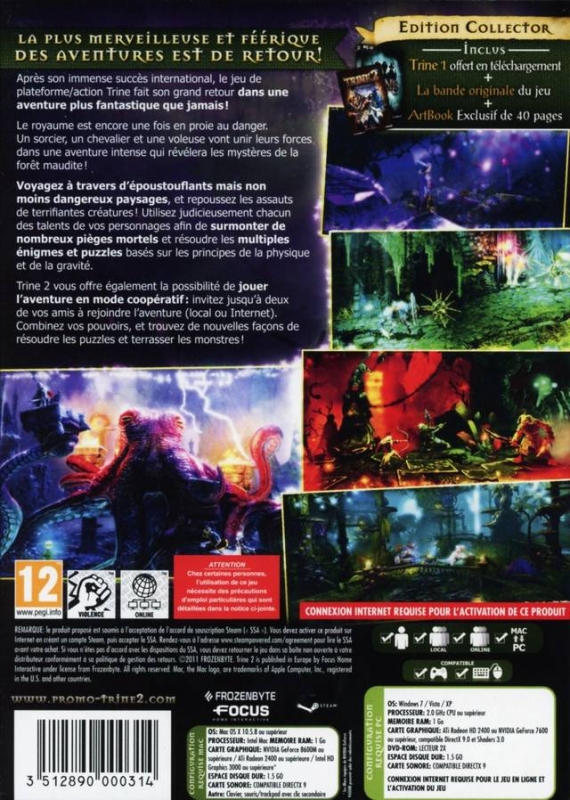 Trine 2 is a sidescrolling game of action, puzzles and platforming.

You play as one of the Three Heroes who make their way through dangers untold in a fantastical fairytale world.

Physics-based puzzles with fire, water, gravity and magic; Wicked Goblins; Climb the tallest trees and towers in the enchanted forest!

Join your friends in the adventure: Trine 2 has online co-op.

Amadeus the Wizard
Despite his ongoing research for finally learning the Fireball spell, the Wizard's talent is for conjuring peculiar boxes, and occasionally even planks. He can also levitate small inanimate objects.
Amadeus is married to a lady by the name of Margaret. They have three children, all of whom know the Fireball spell.

Pontius the Knight
The Knight is an eager champion of the kingdom, the protector of the common man with a great sense of justice. Armed with his sword, his shield and the powerful Storm Hammer, he's a formidable fighter.
Pontius's great weakness is food. This shows around his waist.

Zoya the Thief
The Thief makes her way up to rooftops and over walls with her trusty grappling hook. Zoya is not so concerned about family or duty, but she is content to be a hero of the Trine, for she loves adventure.
Zoya's love for treasure, however, often leads her astray.