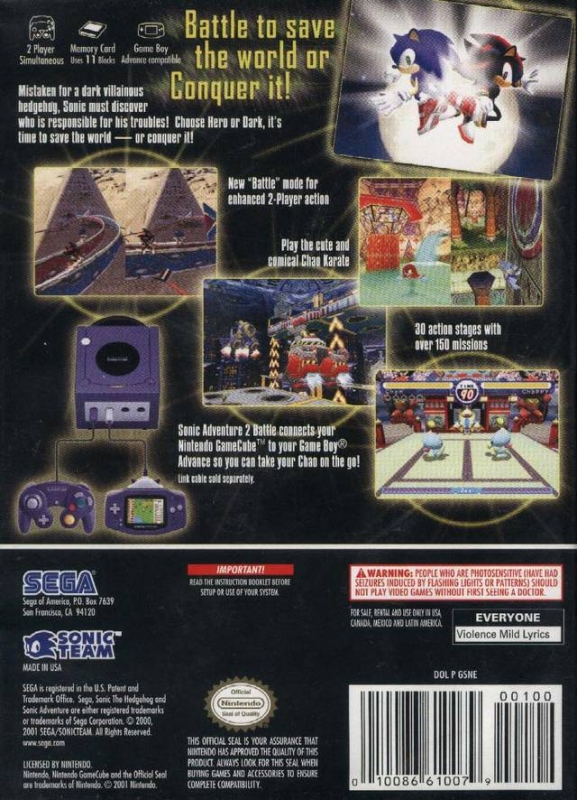 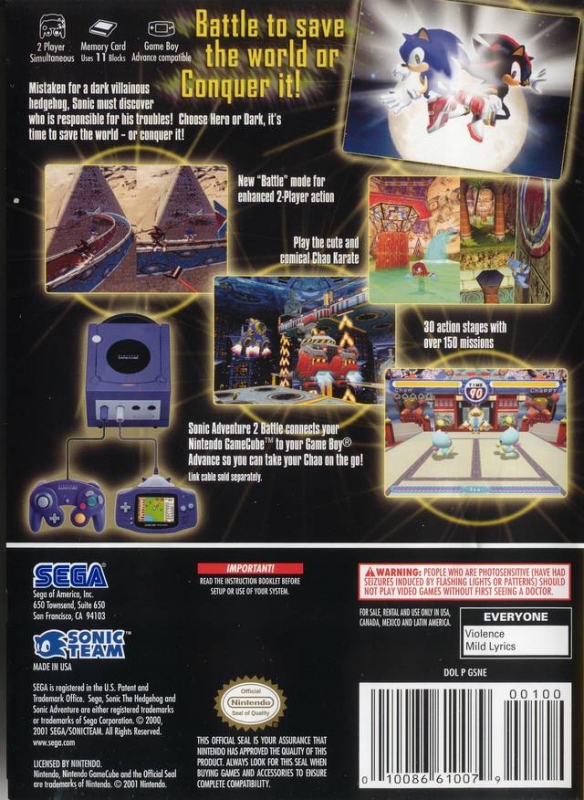 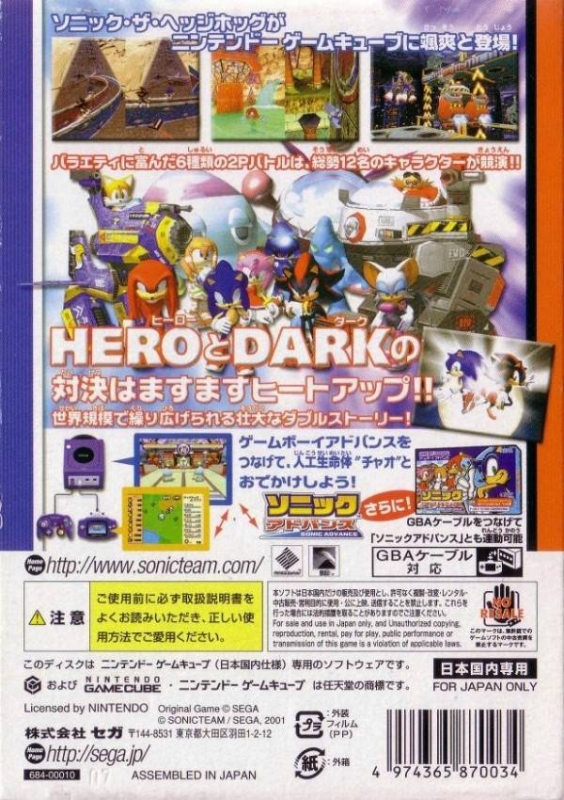 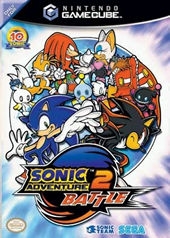 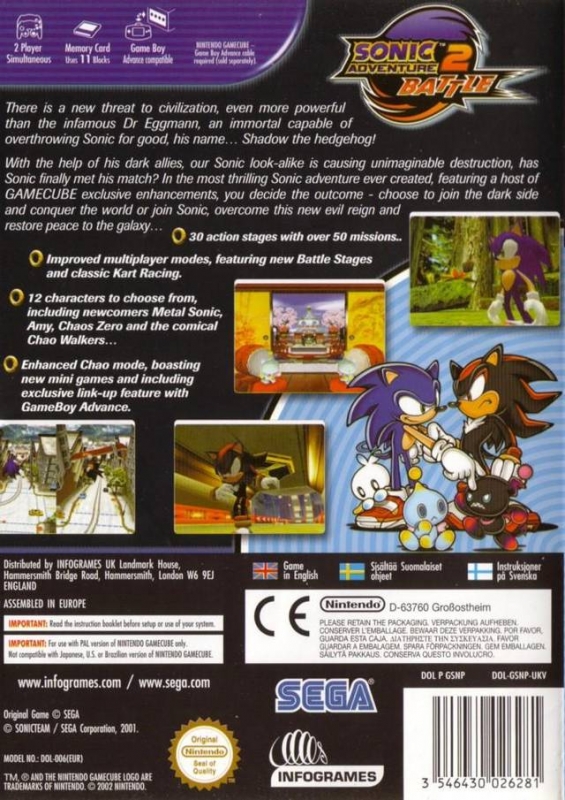 While the original is better, this is a reasonable port.

Sonic Adventure 2 was an awesome game released on an awesome system, the SEGA DREAMCAST. Due to being released after SEGA dropped out of the hardware business, the game was not going to get as much financial success as it could have. And so, porting the game was a reasonable idea.

Ah, but why the NINTENDO GAMECUBE? The GAMECUBE was a fantastic system, but the MICROSOFT XBOX was closer to the SEGA DREAMCAST. Even Shenmue II was ported there. Was it to capitalize Sonic being on a NINTENDO system? Really, a port would be best on XBOX.

I got this version mainly because my copy of the Dreamcast version broke. So, I was almost forced to play this version (but now I can play the original version again!). If I am to talk about the gameplay, I would refer to the original. So, let's see what in this version.

This version is called Sonic Adventure 2... Battle. And what does the Battle symbolize? Most likely the multiplayer enhancements? Because that is pretty much all this version "adds".

There are more multiplayer stages to be played in. That's all cool, but hey, it's not ALL of them. If you were going to add that much, then why not add all? And furthermore, I'm not sure if that was even necessary. And really, lesser stages in mere multiplayer makes sense.

All of unlockable multiplayer characters are now made default and while that's cool... it's just not as rewarding. And while it is nice to see that these unlockables have their own movesets, it has no real effect. And when they were simply like alternate skins in the original Sonic Adventure 2, they played better. And what happened to Big The Cat in this version? Dark Chao Walker takes his place, but Big is cooler. And if Dark Chao Walker was added, then what about Hero Chao Walker?

Sure, there is Chao Karate? But hey, that's pretty much a minority. And the Dreamcast version had a Chao Fighting minigame to counter this.

You can also pit characters against each other regardless of which alignment they are in, but the alignment style in the Dreamcast version made a lot of sense and it was really cool.

Nonetheless, multiplayer versus is a minor thing when gathering the entire game. So, what else does this version add? Well, the VMU features are replaced with the GameBoy Advance features. Nobody really saw that coming. Still, Tiny Chao Garden is not as good as Chao Adventures 1 & 2. So, no biggie here. And I'm pretty sure that if this was on XBOX, SEGA could have made something like the VMU to connect to the memory slots of the XBOX controller.

There are some new Chao features here. You can view your Chao stats, Black Market, and more. But all of this is such a minority. And the Chao Gardens are inferior to how they were in the Dreamcast version.

The graphics here are slightly different than the original. And these don't look as good. Everything is made less colorful and shiny in this version. Much of the detail is gone and this version just lacks the sharpness of the original. Sure, the graphics here are smoothened, but that actually adds to the inferiority here. The original version looked better as it was. Seriously, the texture was brought up? Well, I don't really know what that means, but the graphics sure don't look as good.

There are also some other minor additions here. Plenty small stuff. And they're small. So, they don't really effect anything. This is basically just a port, like another version of a game (not a remake). And the Dreamcast is what this game was MADE for. So, that version is what's to play.

If you didn't own the original version, then give this a try. But don't think you're a veteran if you played this version. Because this is nothing compared to the original Dreamcast version.