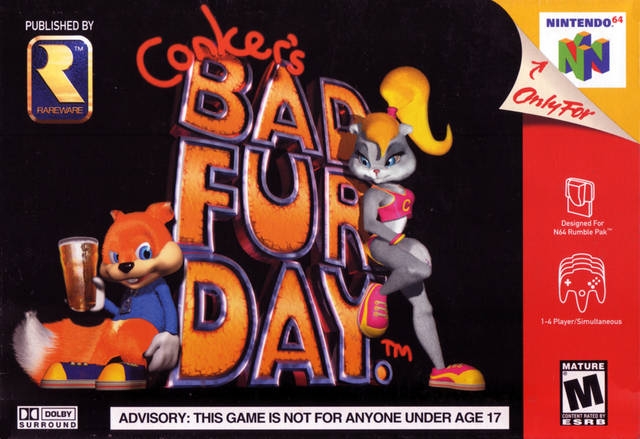 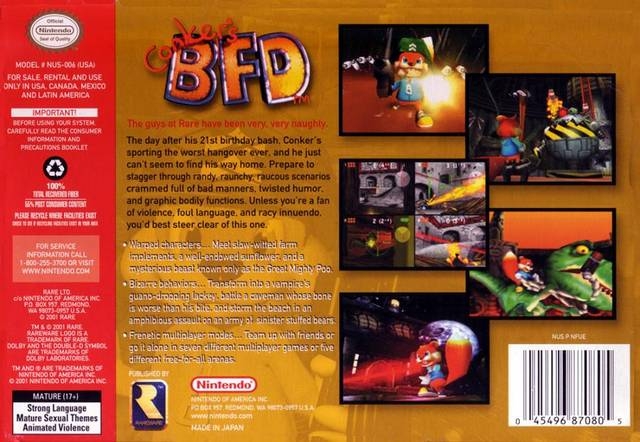 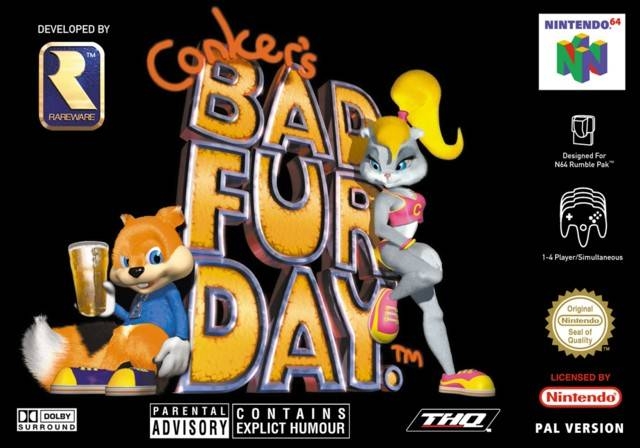 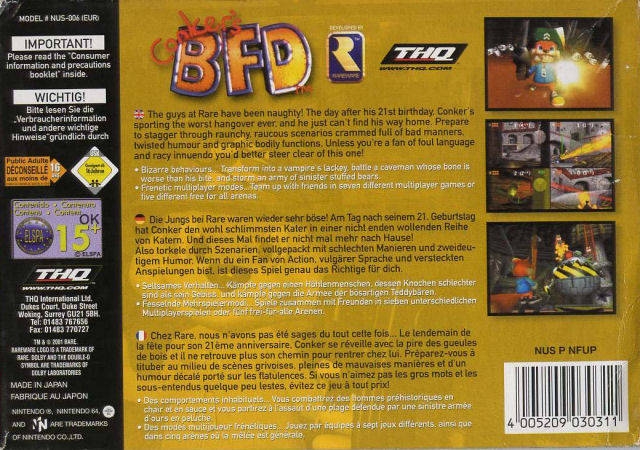 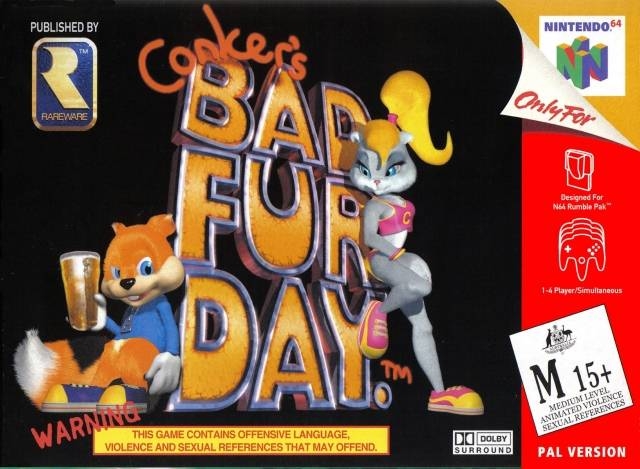 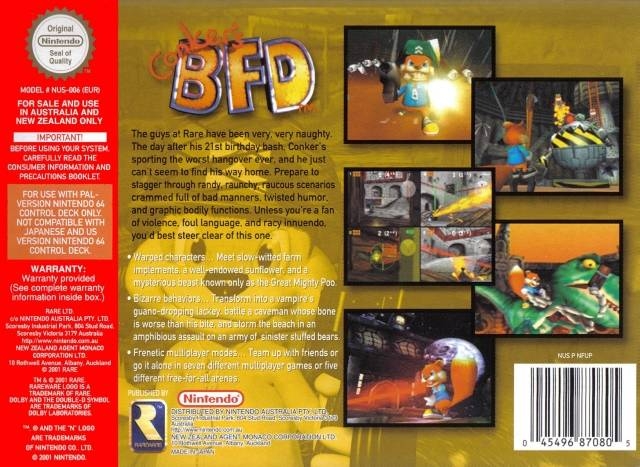 Humorous action-platformer that does away with the tedious item collection found in most games in the genre. Instead, BFD employs a combination of standard jump, run and explore mechanics and context-sensitive gags and actions. For instance, in the beginning of the game, by pressing the B button on the first pad he encounters, Conker drinks some Alka-Seltzer to wipe out his hangover, at which point players can proceed forward. Later on these pads are used to activate a slingshot and throwing knives; to turn Conker into an anvil and drop downward; to shoot automatic, double-handed guns; to activate a The Matrix-inspired slow-motion effect and flip through the air shooting enemies; and much, much more.