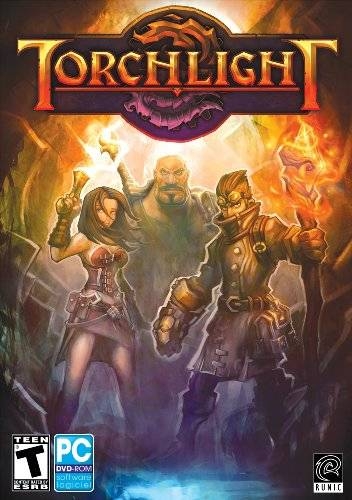 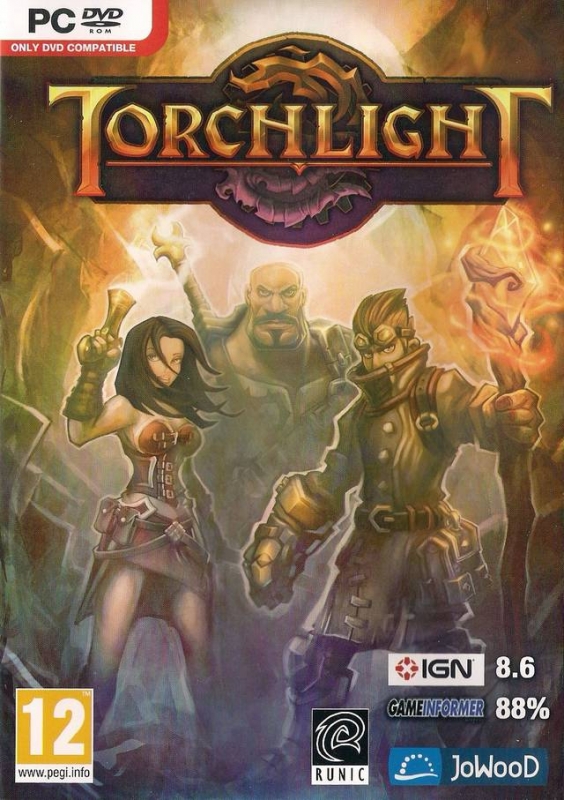 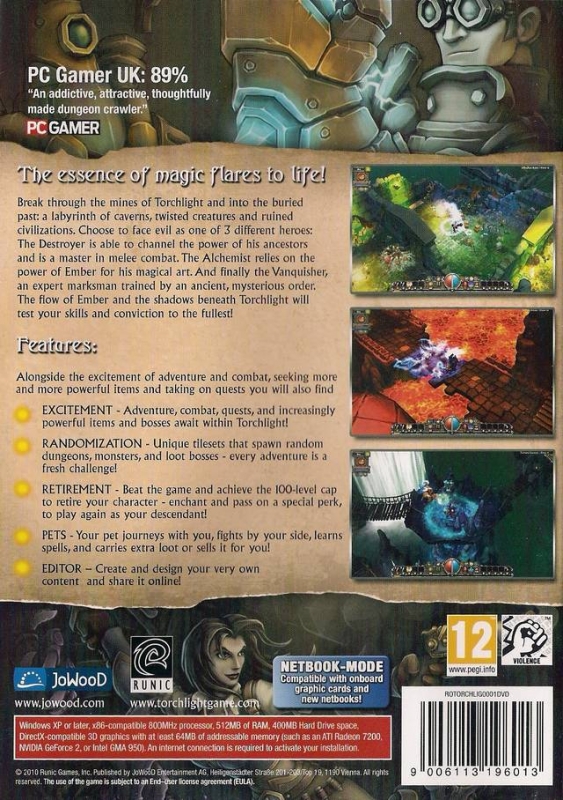 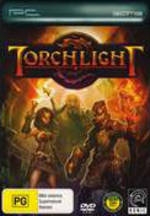 Word of Ember blazed across the land, and the town of Torchlight flared to life.

Ember is the essence of magic and the keystone of alchemy; it lures the restless with promises of power and riches. Miners burrowed deep beneath the dirt streets of Torchlight, discovering veins of the ore richer than any found in living memory- but they were not the first to covet these mines. The miners broke through into the buried past, a dangerous labyrinth of caverns and ruined civilizations, twisted creatures and the bones of those who came before. Evil bubbles up from the depths and threatens to overrun this town as it has so many others. The heart of a villain has infused the Ember, and his darkness seeps through the veins. To survive, the townspeople must break the cycle of destruction; they need a champion who can destroy the evil at its root. Removing the source of the rot may purify the Ember, but it is a long and perilous journey. The champion must battle through rock and fire, through lost cities and ancient tombs, into the palace of the villain himself.

The adventure is set in the mining settlement of Torchlight, a boomtown founded on the discovery of rich veins of Ember – a rare and mysterious ore with the power to enchant or corrupt all that it contacts. This corruptive power may have dire consequences however, and players set out into the nearby mountains and depths below to discover the full extent of Ember’s influence on the civilizations that have come before.

Players will choose from among three character classes, and venture from the safety of the town of Torchlight into randomly generated dungeon levels, with a huge variety of creepy monsters, endless variations of loot to find, and quests to complete. The endless randomization ensures a long-lived gameplay experience.