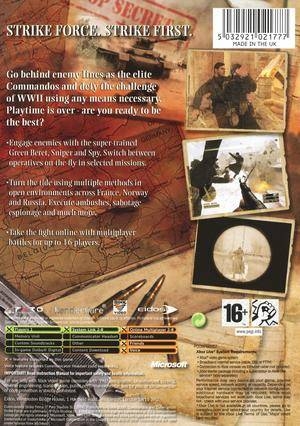 Experience stealth and action combat like never before. Move freely in open battlefields and execute deadly attacks with extreme control. Set ambushes, attack silently and unseen, infiltrate prisoner of war camps, stalk and stab, all while being completely surrounded by the enemy. Strike Force. Strike First.