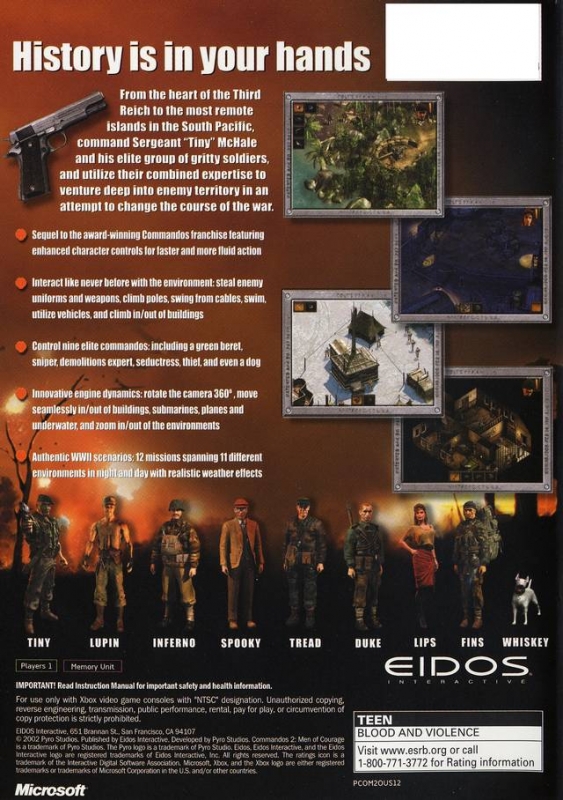 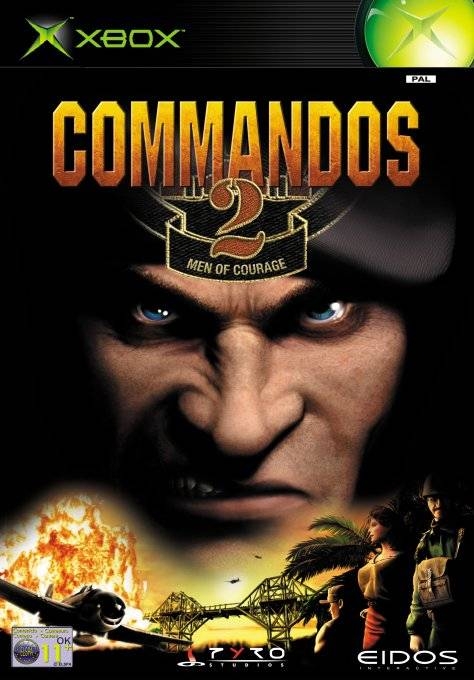 Commandos 2: Men of Courage is a tactical action/strategy game set against the backdrop of World War II. Take control of an elite group of commandos who must venture deep into enemy territory and utilize their combined expertise to complete a series of mission-based objectives. Go covert into new environments based on authentic WWII locations: the heart of the third Reich, a northern European submarine installation, the headquarters of the Japanese army and more.