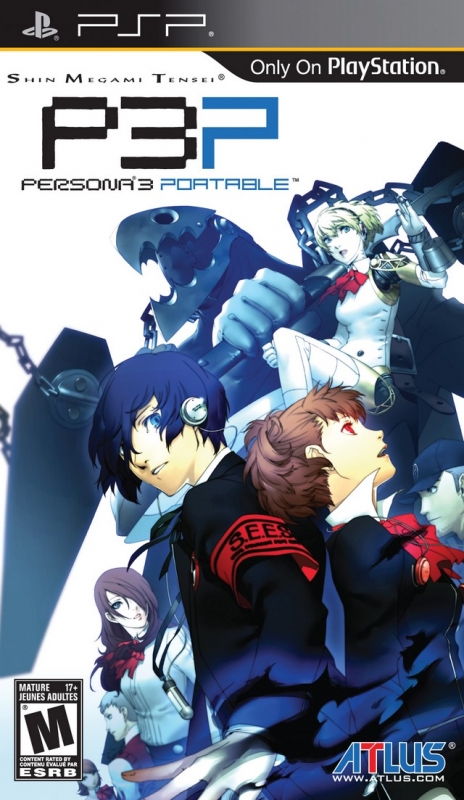 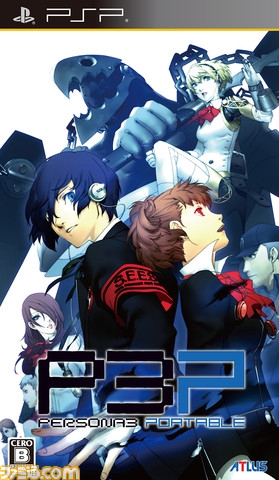 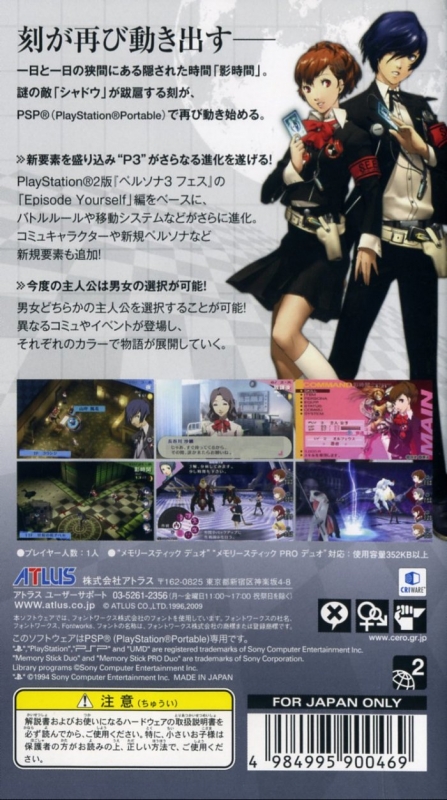 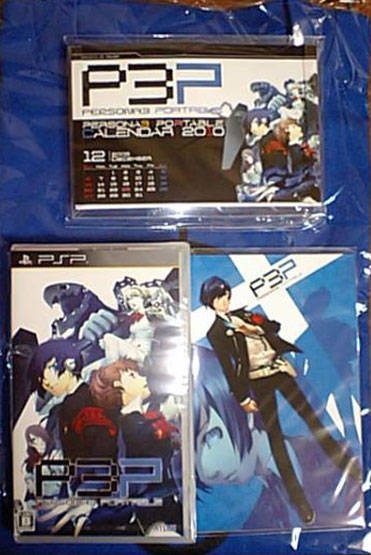 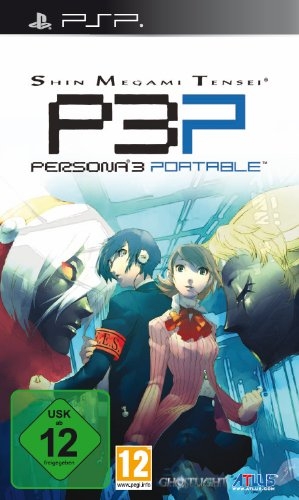 "The Power of Persona in the Palm of Your Hand!"

The third in Atlus' unusually thought-provoking RPG series. In Persona 3, you play as a 17 year-old boy who's just transferred schools. Immediately after entering his dormitory, he comes under attack of a mysterious Shadow enemy. With his unique ability to switch Personas rather than just summoning a single creature, he ends up becoming leader of a special extracurricular force attempting to defeat Shadow. Players get to experience school life in Persona 3. You take control of the main character during each day of school, controlling his school efforts, managing the dorm, and exploring the town, and your relationship with the community affects your battle skills. When the clock turns midnight, the world enters "Shadow Time", and the battles begin. Emerge victorious from a battle, and you earn new Persona Cards. These cards hold your Persona summons, and by combining cards, you can make a new Persona. The PSP features include additional characters, events and relationships, more difficulty levels and the ability to directly issue commands to your allies.