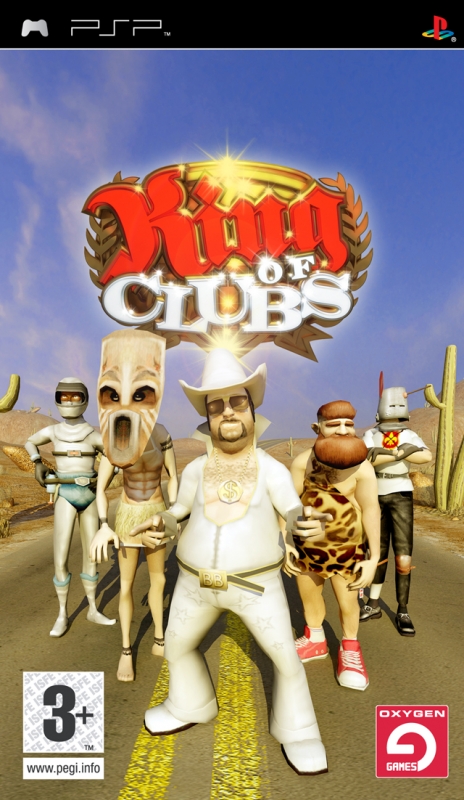 Take a patch of land in Nevada, a little money, a lot of imagination, and then add a whole load of balls…
Never the same game  twice, this absorbing and addictive, off the wall mini-golf-based puzzler requires players to use their ingenuity to play their way to victory and lucrative rewards, whether strategically, tactically or by being a downright dirty dawg…! Players must collect, unlock, buy or hire rewards to enable them to complete a variety of puzzles across five themes, on more than 95 holes to build up their equipment and skills. Not only that but with seemingly endless ways of completing each puzzle, King of Clubs offers enormously long-lasting playability.
Set in a dilapidated theme park in the middle of the Nevada desert (rumours abound that it is built on the site of an old nuclear waste site…but we can ignore that), King of Clubs looks like a cross between an amateur theatrical production and a kitsch vintage Americana playground paradise for jerky-lovin’ trailer trash! Complete with pteranodons on poles, spaceships on string and wobbly waves (plus so much more!), each themed world comes complete with its own quirky resident pro/boss, whom players must beat in order to advance to the next level before ending up in a showdown with the top guy himself, Big Bubba King.
An excited Big Bubba, entrepreneur and owner of Big Bubba’s Burger Bar and Truck Stop, where King of Clubs is based, enthuses:

“It’s a real darn’ tootin’ thang I tell ya – them there players kin git ‘emselves all kinda groovy stuff by playin’ alla mah games. There’s a shedload ta choose from an’ a ton o’ ways ta complete ‘em too. But ah should warn ya – that King Putt over near them big tranglier things…he kin be a real Bastet, so ya may wanna watch out fer him!