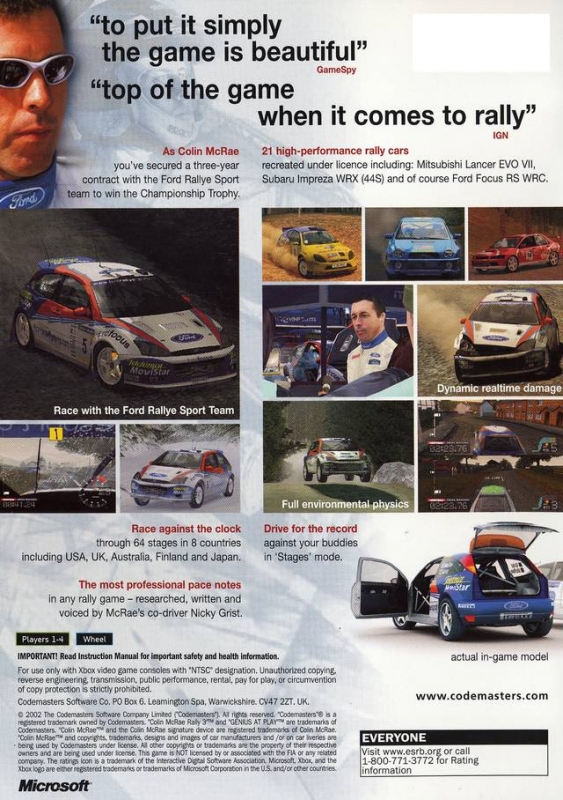 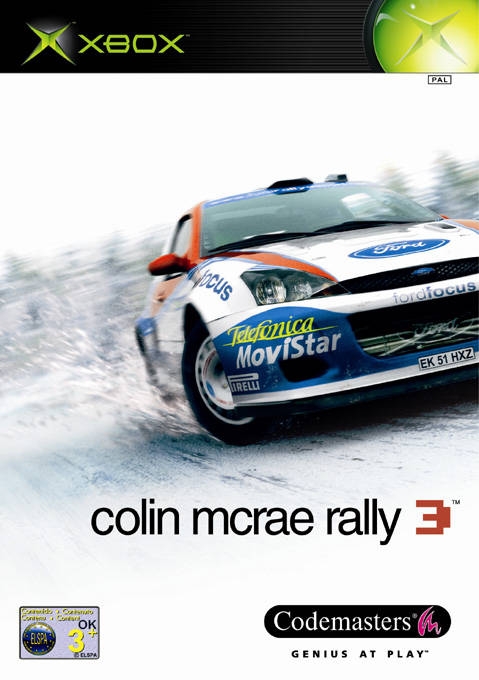 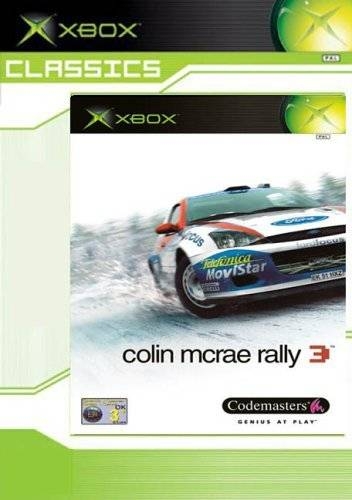 Colin McRae Rally 3 isn't just about cars and tracks; it's about giving gamers the professional rally driver experience. The game makes a massive leap in terms of playability, motor sport detail and rich visuals; above all it delivers a game that captures every drop of sweat, the split-second decision and the teamwork that goes into actually being Colin McRae. Capturing the emotions and consequences of being a professional rally champion, it takes the gaming experience to the limit as the player attempts to become the planet's greatest rally driver. As Colin McRae, get behind the wheel of his internationally famous Ford Focus PS WRC with co-driver Nicky Grist and set the course alight as you race to become champion.