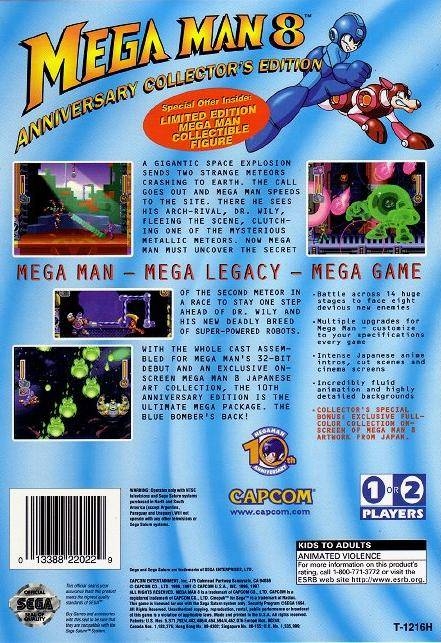 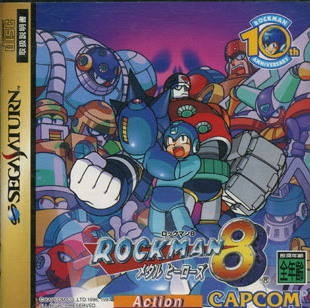 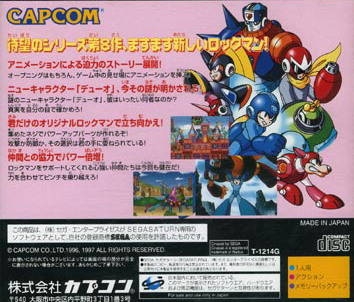 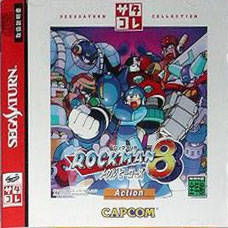 A gigantic space explosion sends two strange meteors crashing to Earth, the call goest out and Mega Man speeds to the site. There he sees his arch-rival, Dr. Wily, fleeing the scene, clutching one of the mysterious metallic meteors. Now Mega Man must uncover the secret of the second meteor in a race to stay one step ahead of Dr. Wily and his new deadly breed of super-powered robots.
With the whole cast assembled for Mega Man's 32-bit debut and an exclusive onscreen Mega Man 8 Japanese art collection, the 10th anniversary edition is the ultimate mega package, the Blue Bomber's back!