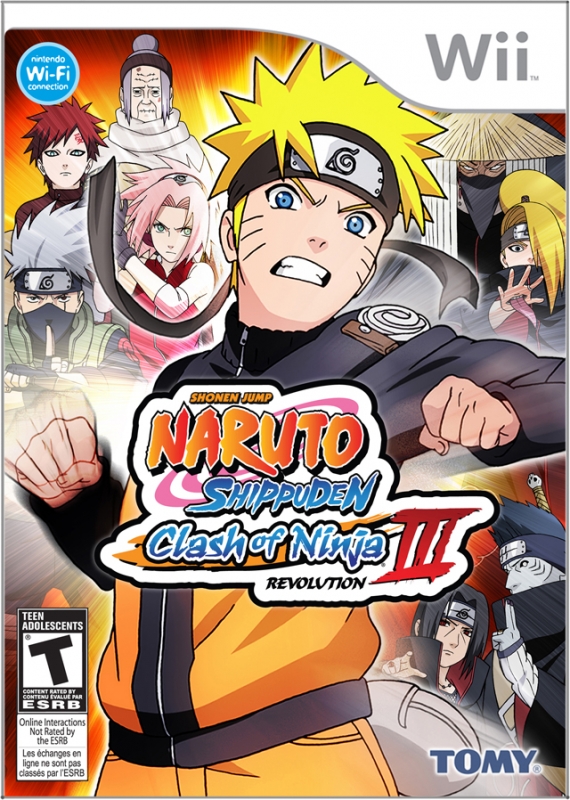 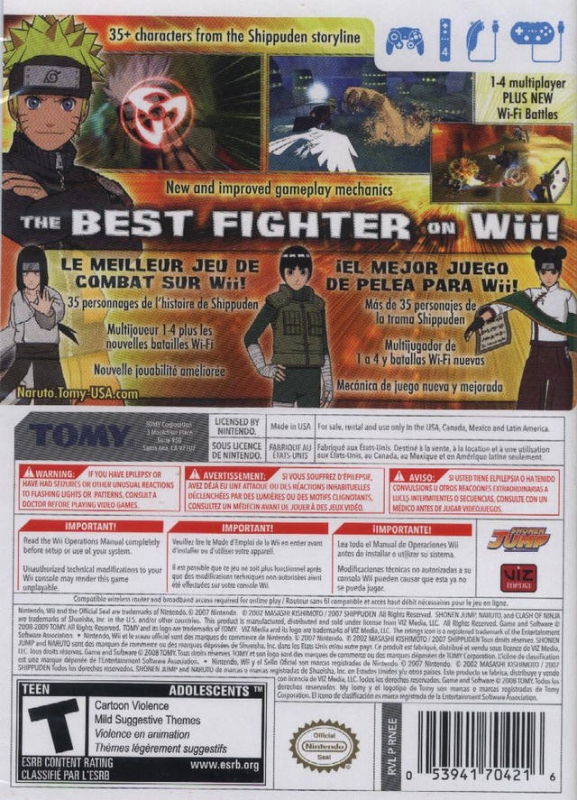 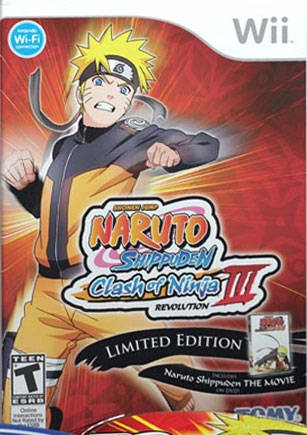 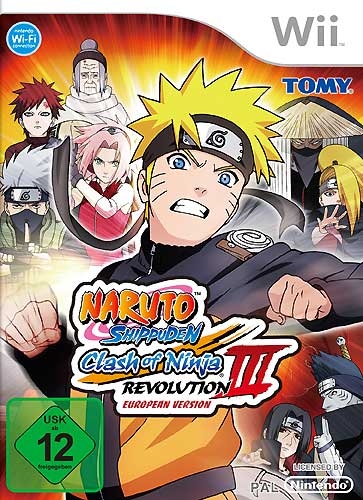 Naruto Shippuden: Clash of Ninja Revolution 3 is an exciting new fighting game based on the hit Naruto Shippuden series from VIZ Media. Exclusively for Wii, the classic 3D fighting game features new and improved gameplay mechanics and multiple gameplay modes, and for the first time, includes Wi-Fi multiplayer capabilities. The game follows the storyline of Naruto Shippuden and features over 30 characters who have been upgraded with more sophisticated new looks and character-specific jutsu moves. The game offers more than 40 3D environments to choose from, including nine completely new stages.