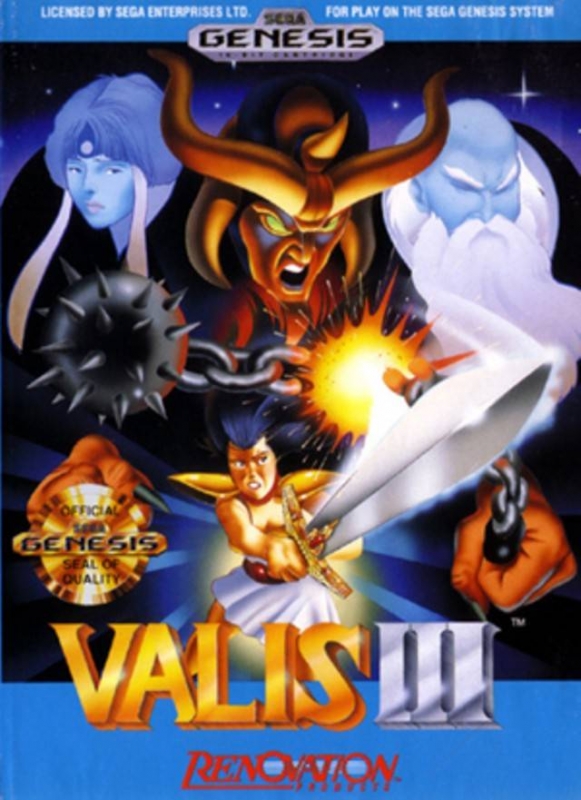 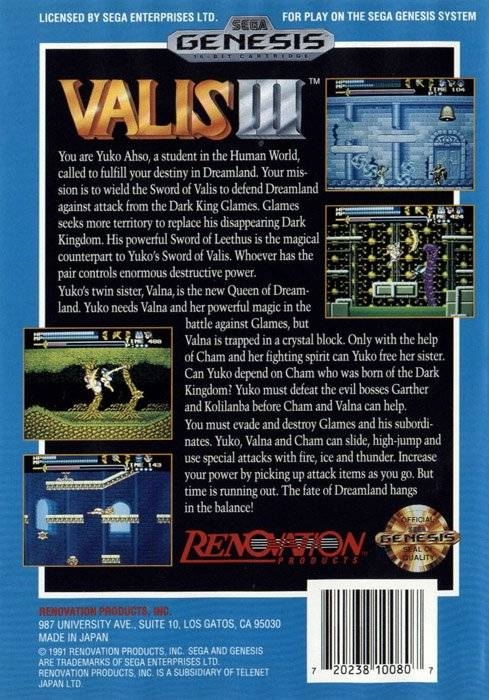 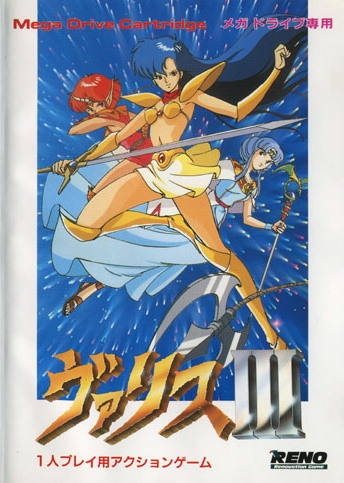 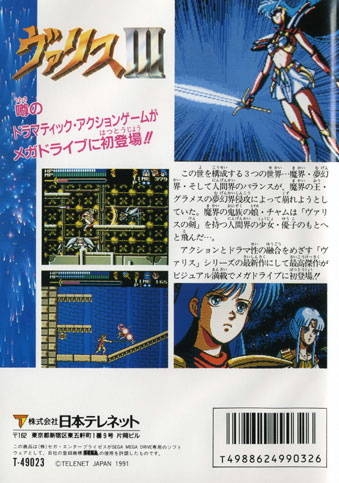 You are Yuko Ahso, a student in the Human World, called to fulfill your destiny in the Dreamland. Your mission is to wield the Sword of Valis to defend Dreamland against attack from the Dark King Glames. Glames seeks more territory to replace his disappearing Dark Kingdom. His powerful Sword of Lethus is the magical counterpart to Yuko's Sword of Valis. Whoever has the pair controls enormous destructive power. Yuko's twin sister, Valna, is the new Queen of Dreamland. Yuko needs Valna and her powerful magic in the battle against Glames, but Valna is trapped in a crystal block. Only with the help of Cham and her fighting spirit can Yuko free her sister. Can Yuko depend on Cham who was born of the Dark Kingdom? Yuko must defeat the evil bosses Garther and Kolilanba before Cham and Valna can help. You must evade and destroy Glames and his subordinates. Yuko, Valna and Cham can slide, high-jump and use special attacks with fire, ice and thunder. Increase your power by picking up attack items as you go. But time is running out. The fate of Dreamland hangs in the balance!