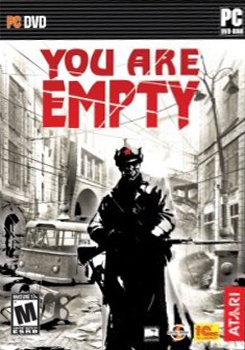 You Are Empty (PC)

Experience an alternative approach to the history of the late 1950's in the Soviet Union. In an alternate universe where Soviet Scientists attempt to create super humans capable of spreading communism around the world, something goes eerily wrong as they lose control of their creations. As a result the whole city goes on a rampage. With the majority of citizens dead, the only inhabitants are those who turned into hideous mutants. You Are Empty immerses you in an exaggerated dark and obscure atmosphere of Soviet totalitarianism. Fighting against super powered mutants, the main hero tries to gain an understanding of what's happening around and save the day. -Atari.com