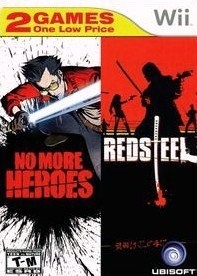 
Lucky for Travis Touchdown, he just knocked off the world’s eleventh best without breaking a sweat. The life of fame and fortune couldn’t be closer. Heads will roll and names will be taken, but everything is not what it seems.


Scott soon learns that Isao Sato is the Oyabun, the Godfather of one of Tokyo's largest Yakuza families. The attack in the restaurant marks the end of a truce between rival clans that Sato had guaranteed. The Yakuza wanted to kill Sato and find his sword, the Katana Giri. The legendary sword was once used to punish dishonorable Godfathers, and has since become a symbol of peace. Sato was mortally wounded in the attack, but before he dies, he passes the sword to Scott in exchange for a promise to rescue and take care of his daughter. Scott has no chioce but to head to Japan and try to find Miyu.