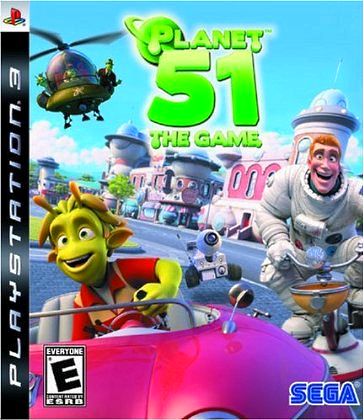 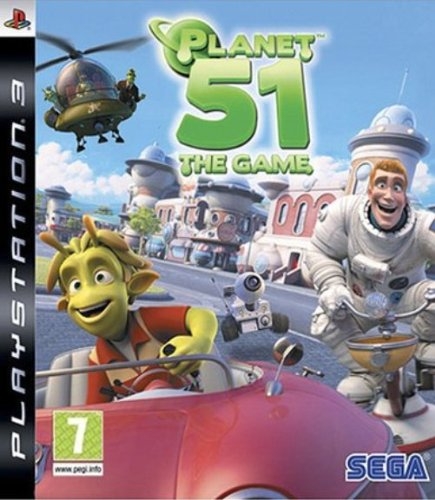 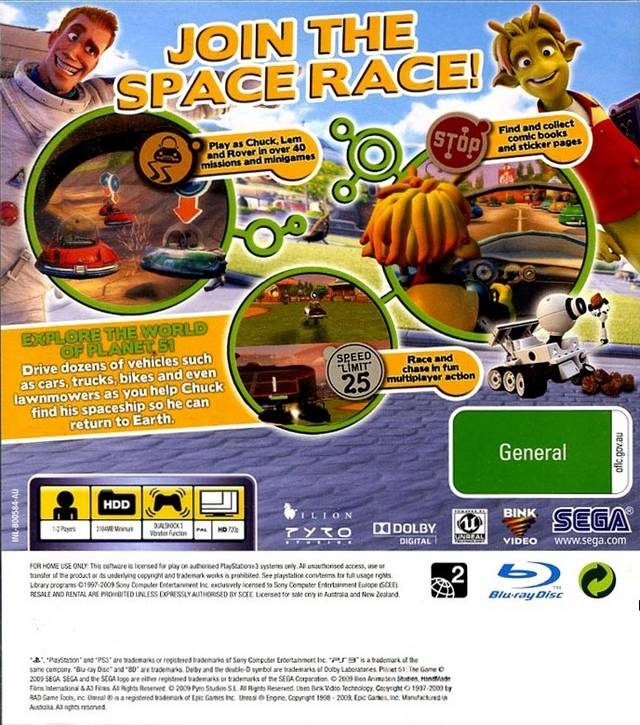 Out of the blue, Captain Charles ‘Chuck’ Baker’s spaceship comes crashing down. Unaware of his surroundings, Chuck begins to realize that he is not alone. Taking refuge while planning his return home, Chuck meets green-skinned local, Lem, and realizes that he may be the real ‘alien’ after all!

Based on the upcoming family animated comedy from the writers of Shrek and Shrek 2, Planet 51: The Game, invades consoles everywhere this November

* EXPLORE THE WORLD OF PLANET 51:
Test your skills in a series of action-filled adventures that are out of this world. Try to outrun and outwit the Planet 51 Police and Army, find Chuck’s spaceship and help Chuck return home to Earth.

* VEHICLES GALORE:
Race and chase as you complete tasks and evade the enemy in an incredible array of hover vehicles, ranging from cars, pick-up trucks and bicycles through to taxis, police cars, heavy trucks and even lawnmowers!

* MAKE NEW FRIENDS:
Take control of the main characters from the movie – suave Astronaut Charles “Chuck” Baker and his new alien friend ‘Lem’– utilising their special abilities and skills as you complete each mission.

* MULTIPLE MISSIONS, MULTIPLAYER AND MINI GAMES:
With numerous missions, minigames even multiplayer action you’ll get carried away exploring the world of Planet 51

* GO BEYOND THE MOVIE:
Players will relive memorable movie moments as well as discovering new environments and missions created exclusively for the videogame!
www.sega.com