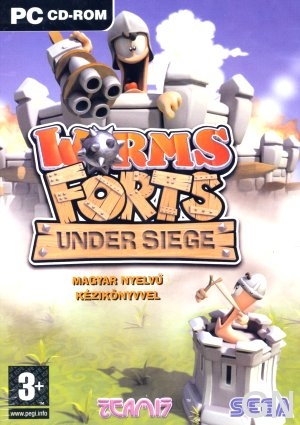 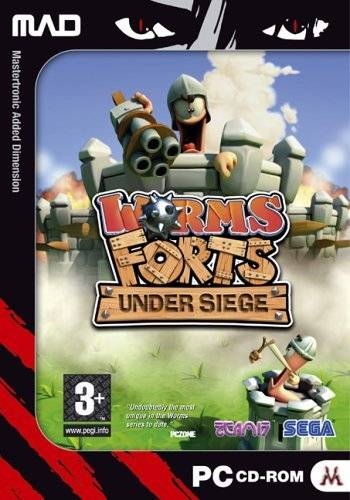 Worms Forts: Under Siege! puts you in command of a crack team of up to four fort-dwelling worms. Set in the cartoon environments that will be very familiar to Worms fans, you direct your four strong worm garrison to quickly construct defenses to maximize your strategic advantage; expand your castle to seize valuable resources and of course, build weapons of mass destruction to destroy your opponents’ fortifications!

Test yourself against the single player game by battling through the 20 missions. When you’ve finished that, take on up to four of your friends in the frenzy of destruction that is Fort vs. Fort mode.

Worms Forts: Under Siege! uniquely combines buildings and siege weapons with the dark and zany humor you have come to expect in the Worms universe, all in true 3D battles. This is a unique strategy game – it’s immediate, it’s fast and it’s also furious! It’s a race against time to destroy your opponent first before he destroys you!