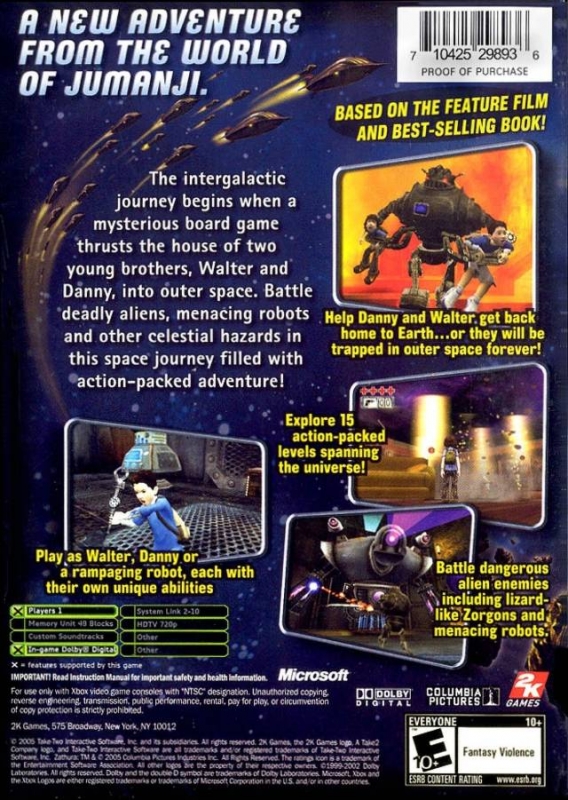 Adventure is waiting, play the movie! Based on the feature film directed by Jon Favreau (“Elf”) and the best-selling children’s book by Chris Van Allsburg (“The Polar Express”, “Jumanji”) players will experience outer space like never before. The intergalactic journey begins when a mysterious board game thrusts the house of two young brothers, Walter and Danny, into outer space. The boys must put aside their sibling rivalry, and players must utilize each character’s unique strengths, to survive each challenge. Battle deadly aliens, menacing robots and other celestial hazards in this space journey filled with action-packed adventure in order to get back home safely to planet Earth.