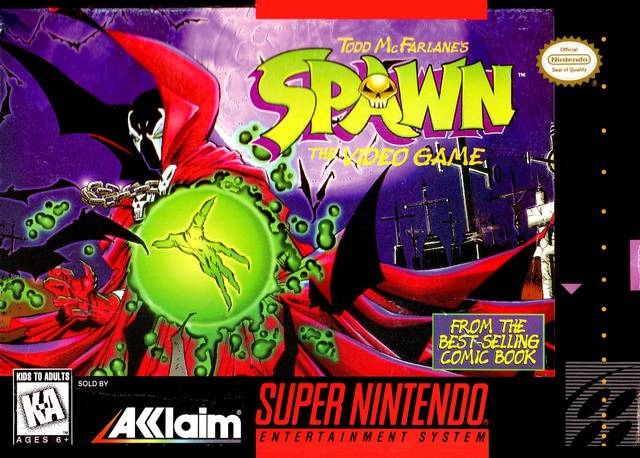 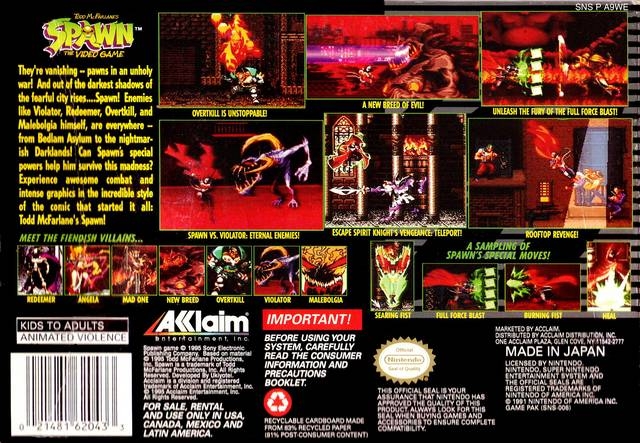 Todd McFarlane's best-selling comic book hero has made his way to the Super Nintendo in SPAWN. Once again, the world is in danger of total annihilation. You must help Spawn keep the peace and restore order before everything goes to hell. You'll go up against some of the dirtiest, nastiest, most vile enemies you've ever seen, Redeemer, Angela, Mad One, A New Breed, Overkill, Violator, and Maleboglia, in familiar territory, like Bedlam Asylum and the spooky Darklands. As a superhero, Spawn has several special moves that will help in the fight against evil: like a Full Force Blast, a Searing Fest, Burning Fest, and Heal.