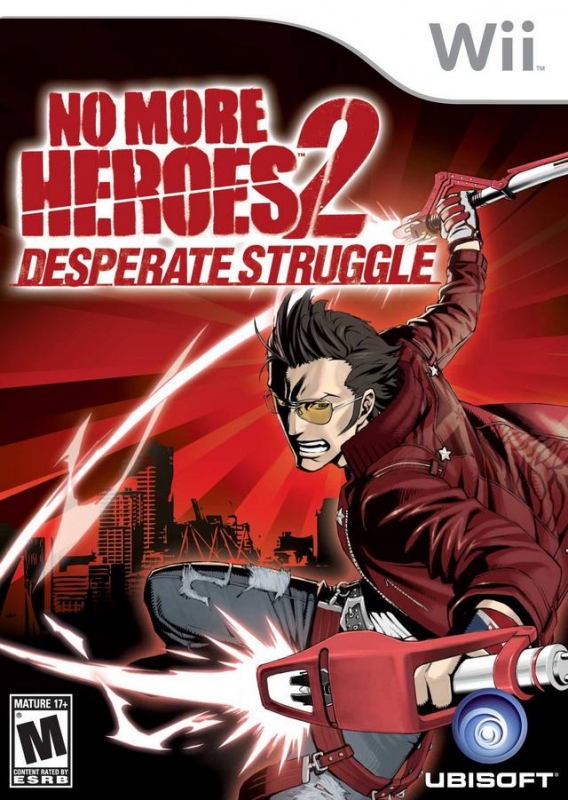 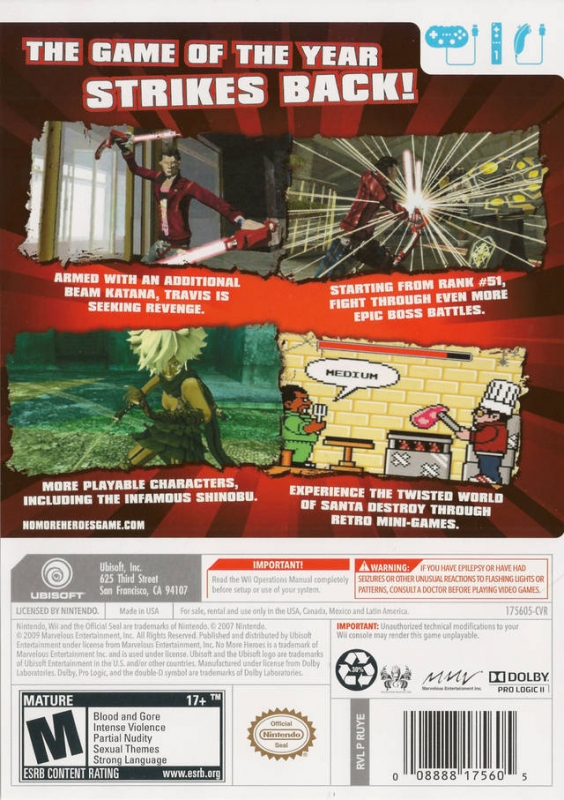 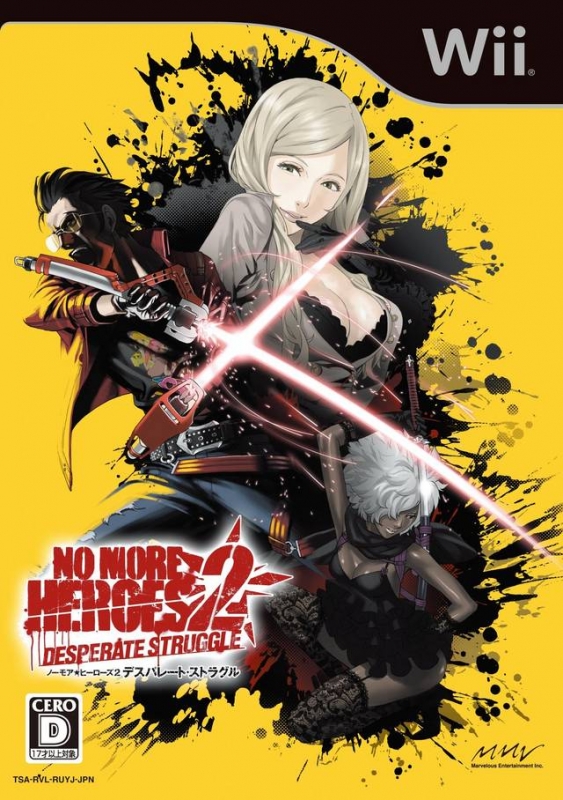 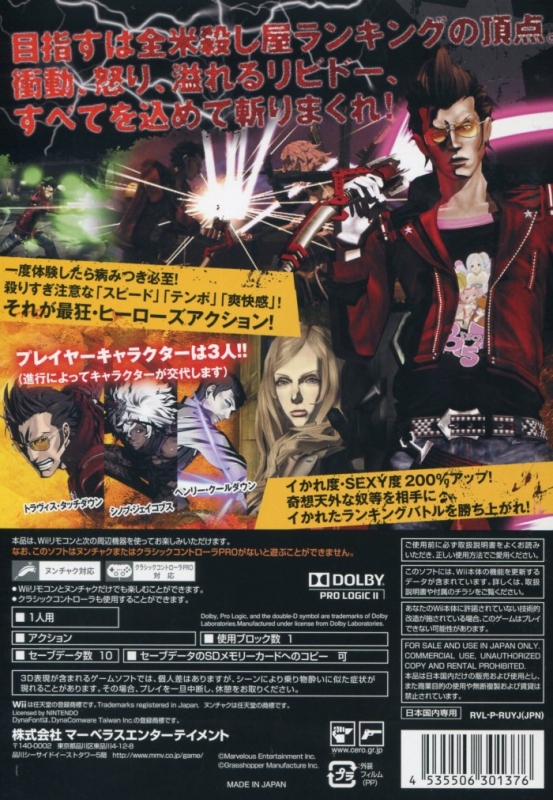 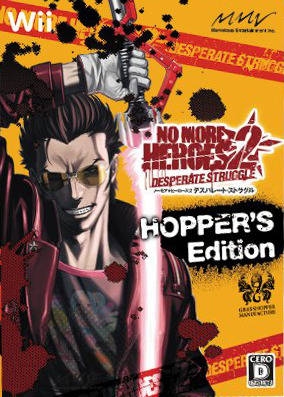 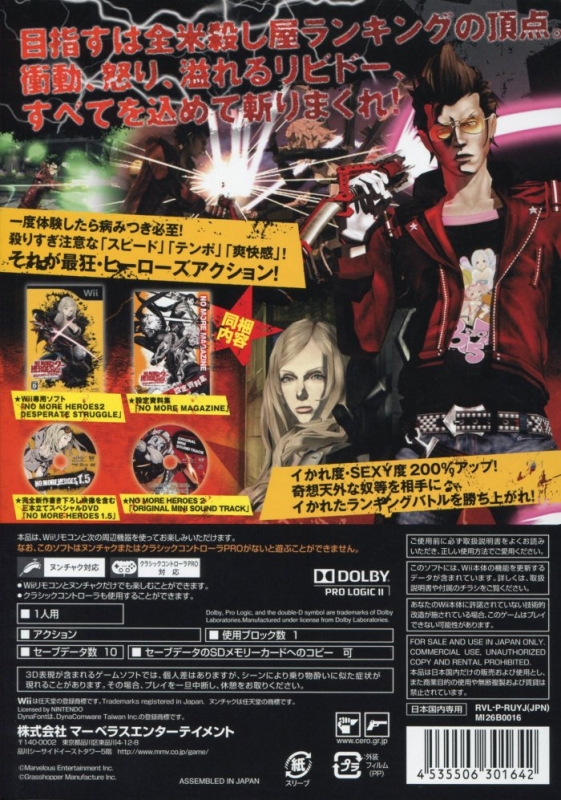 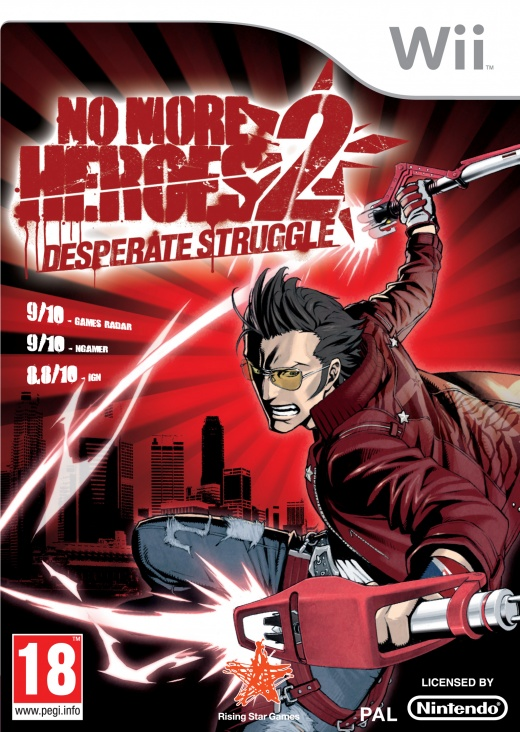 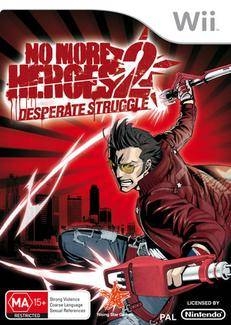 "Travis Touchedown takes another slash at the Wii with No More Heroes 2: Desperate Struggle"

It has been 3 years since Travis earned the Number 1 spot in the United Assassins Assoc. ranking, and investments from major corporations have caused the city of Santa Destroy to change, ... but is it reallly for the better?

You are Travis Touchdown - a punk anti-hero, Japanese anime Otaku, beam katana amster and pro wrestling-fanatic assassin. Revenge (as well as Yoga sex) will bring you back to the UAA tournament. This time though, you begin at the bottom of the ranking and will have to fight your way up to save Santa Destroy and avenge your best friend.