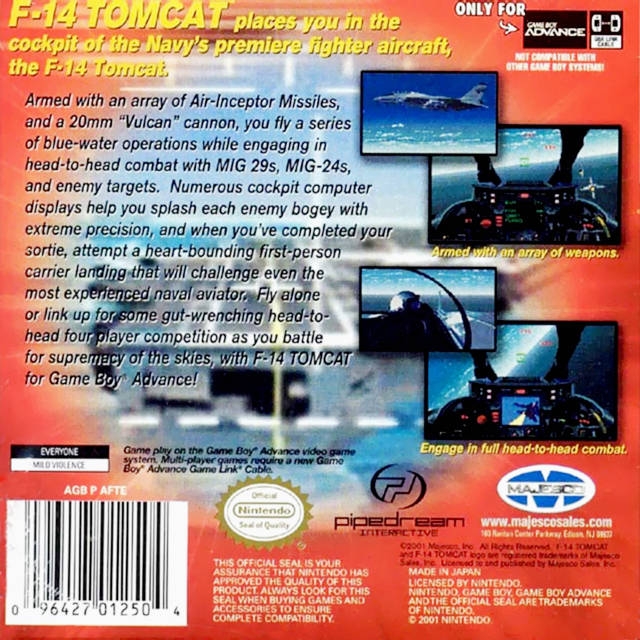 F-14 Tomcat for Game Boy Advance places gamers in the cockpit of the Navys premiere fighter aircraft, the F-14 Tomcat. Armed with an array of air-to-air missiles, and a 20mm cannon capable of firing up to 200 rounds of deadly ammunition per second, players must fly a series of blue-water operations while engaging in head-to-head combat with MIG 29s, MIG 24s and enemy transport cargo aircraft. An array of cockpit computer displays, a targeting Head-Up-Display, and a fully digital Positioning Data Display help pilots splash enemy bogies with deadly precision. Dangerous mid-air refueling sequences and first-person mission objective scenarios push gamers to the edge of realism during both daytime and nighttime mission. When players have completed their sortie, they must attempt a heart-pounding first-person carrier landing that will challenge even the most experienced naval aviator.