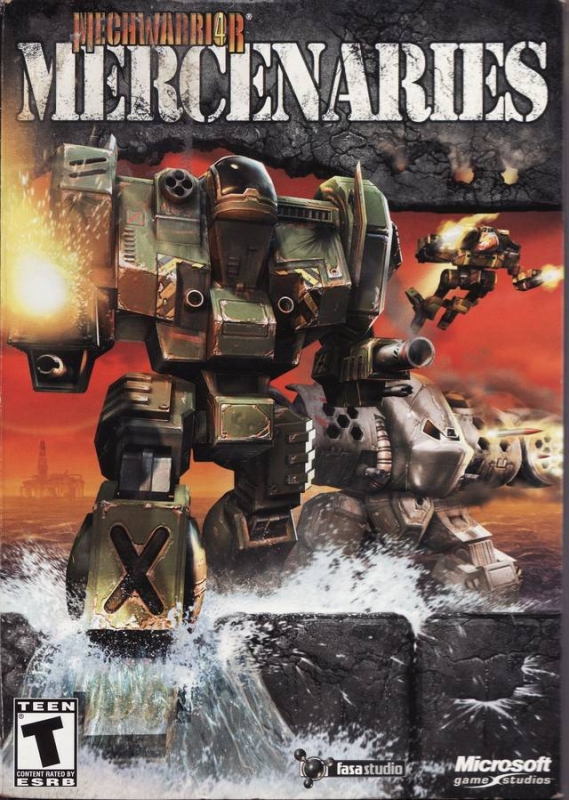 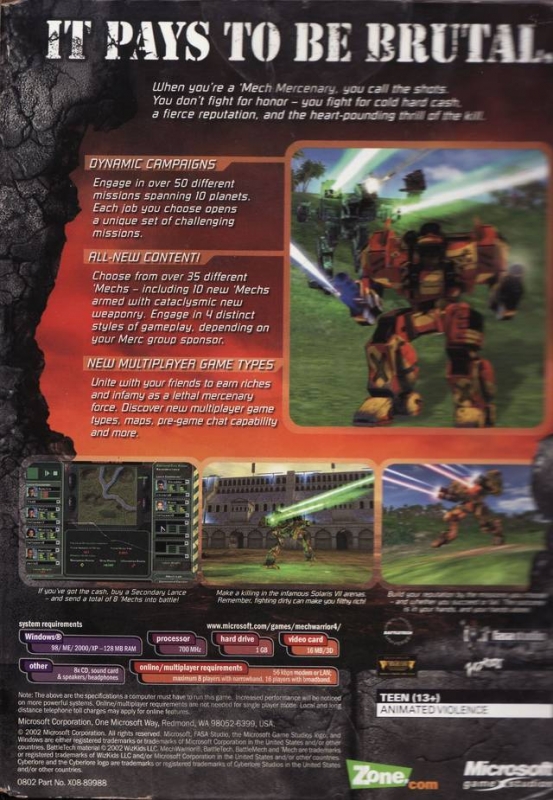 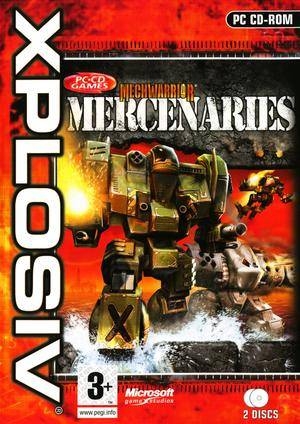 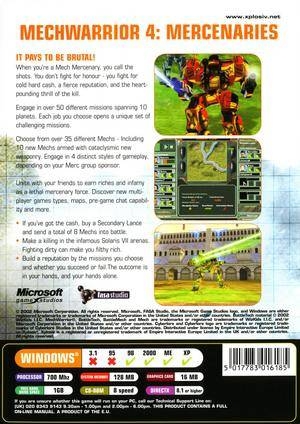 Control 100 ton ‘Mechs while leading up to eight hired guns into the heat of battle in the quest for the all-mighty C-Bill in MechWarrior 4: Mercenaries, the latest standalone installment of the critically acclaimed MechWarrior action-simulator franchise.

And this time around, honor doesn’t even enter into the equation - it’s all about the money. Get your fledgling mercenary company sponsored by some of most notable and notorious mercenary groups in BattleTech history and battle your way through the Inner Sphere in more than 40 new missions as you doggedly pursue more lucrative C-Bill payoffs. With more than 35 ‘Mechs, new weapons, and new electronic packages available for purchase, chances are you’ll need every C-Bill you earn.

In MechWarrior 4: Mercenaries, being a hero doesn’t pay, being a mercenary does – very well.

The year is 3063, and the political backdrop is the civil war between the Federated Commonwealth and the Lyran Alliance. The strife begins with Victor Davion’s call to arms against his sister, Lyran Archon Katrina Steiner, following the murder of their brother Arthur.

In this struggle, talented MechWarriors like yourself are in hot demand. The MRBC has just authorized your new company for mercenary work. After securing the required sponsorship from a full-fledged mercenary company—Wolf’s Dragoons, Northwind Highlanders, Kell Hounds, or Gray Death Legion—your company has ample opportunity to make a name for itself.

Play for Money and Fame,
not honor
Different missions offer different rewards or cost a certain amount to take on. Gain fame and fortuneby competing in three of the famous Solaris VII arenas

Secondary Lance
If you have the money, for the first time ever in MechWarrior you can bring eight MechWarriors into battle

Two new multiplayer game options
C-Bill game
Teams are restricted by how much money they have earned.