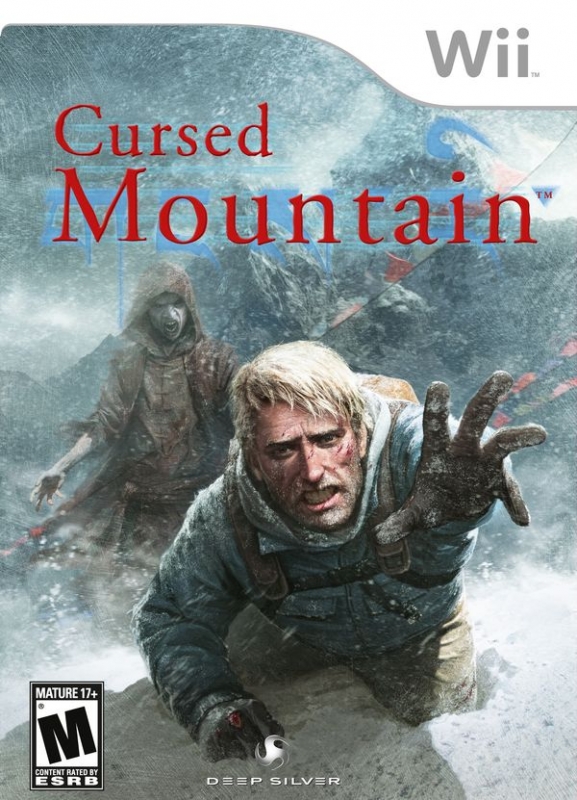 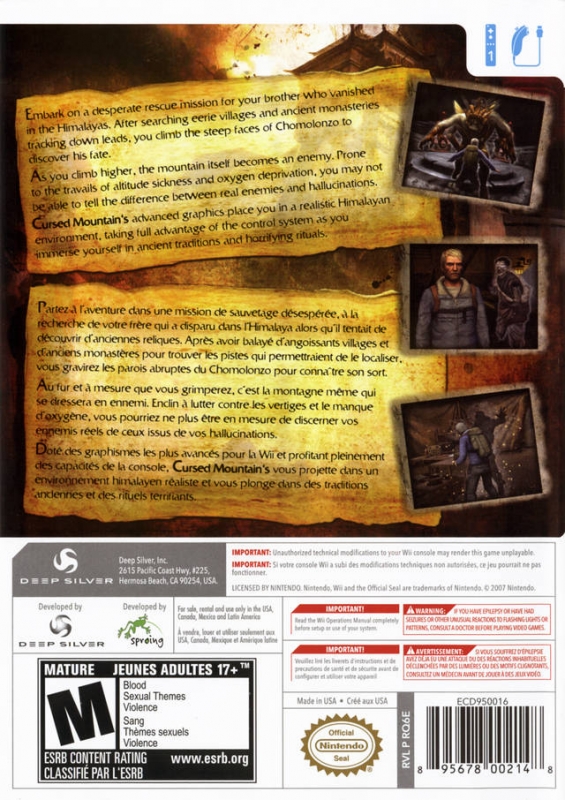 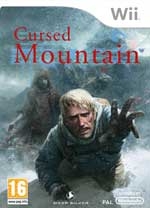 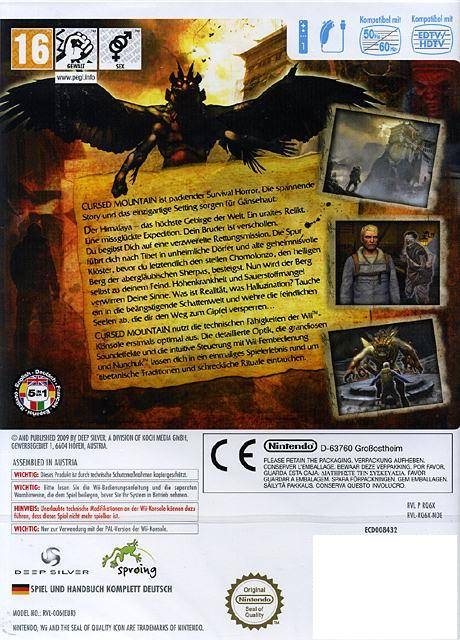 Standing in Lhando, the eerily deserted village at the base of the Sacred Mountain of the Himalayas, Chomolonzo, an icy chill hits your veins. The summit looming in the distance holds the answers to your brother's disappearance, and you plan to bring him back - dead or alive. Cursed Mountain is a survival/horror game designed specifically for Wii. Players will take on the role of Eric Simmons as he tracks down his brother, who went missing on a trek into the Himalayas to find an ancient Buddhist artifact. A sensible man, when Eric first encounters the angry spirits of the dead, he dismisses them as hallucinations caused by altitude sickness. But as he ascends the mountain, it becomes clear that something is very wrong... A curse has been placed on the mountain; the dead spirits of the local monks and villagers are trapped in the realm of the afterlife or bardo, unable to reach Nirvana or start a new life cycle. Stuck in limbo, the restless spirits are very angry...