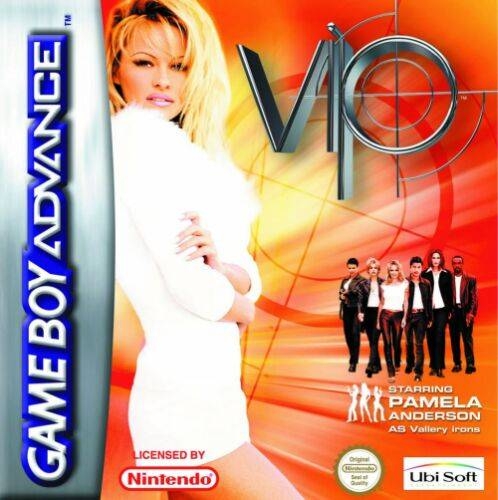 "The VIP agency is hired to intervene in an international terrorism affair. Gil Bates, the CEO of a High-tech firm, hires VIP because he is afraid he might be kidnapped due to his knowledge of satellite control technologies.  One of his colleagues, an engineer, has already disappeared! While Bates is being protected, the VIP team conducts an investigation to unravel the terrorist plan.  They discover the identity of the criminal, the "108 eagles", led by Romuald S. Farmer.  Val corners Farmer and discovers where the kidnapped engineer is being held prisoner.After rescuing the engineer, the VIP team must stop Farmer before he uses a military satellite to blow up Washington, D.C."
Play with Pamela Anderson Lee, the sexiest heroine ever.
Feel the hype of the most glamorous places of Los Angeles into 8 different levels.
Experience 10 different weaponsDefeat 8 bosses and  array of exotic scenes !
Play the most interesting but dangerous job on earth : Bodyguarding
Feel in the game the delirious atmosphere of the V.I.P. series