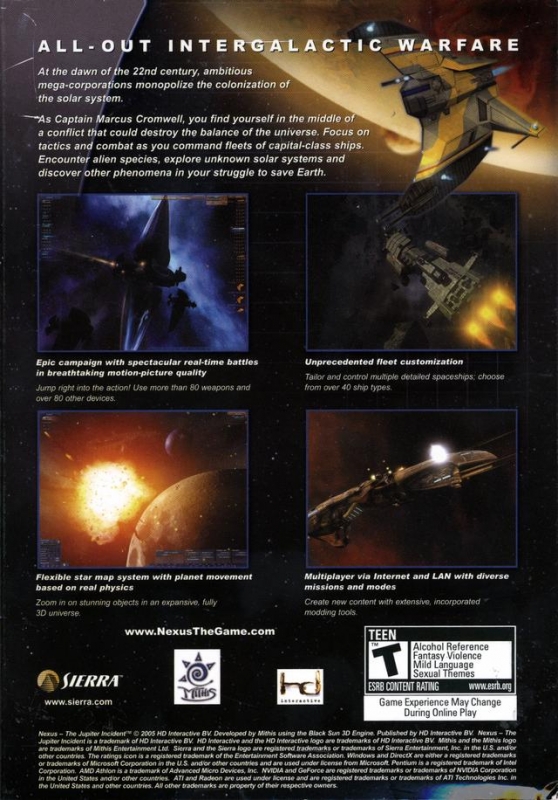 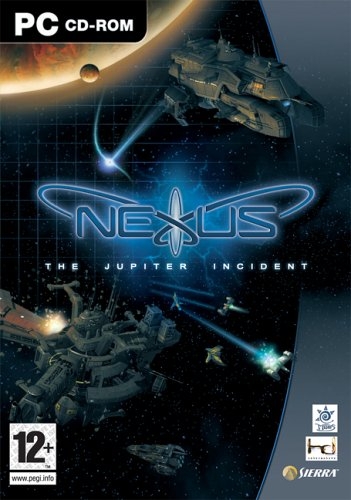 Immerse yourself in "Nexus - The Jupiter Incident", the latest surprise to hit the gaming world! Innovative and groundbreaking, it is a real-time mission-based tactical space game featuring spectacular real time battles and breathtaking motion picture quality. Focus on tactics and action as you control up to a dozen battleships encountering aliens, unknown solar systems and astrophysical phenomena in your struggle to save Earth.

At the dawn of the 22nd century the conquest of space and the colonization of the solar system is being monopolized by several huge and ambitious megacorporations. Although extremely delicate and vulnerable, a balance is maintained by these companies. It has now been 60 years since the terrible catastrophe that befell Noah's Ark, the first colony ship of mankind.
At the very edge of the solar system the companies make a discovery which will shift the technological advantage and upset the balance. And so a new conflict is born: "The Jupiter Incident". You are Marcus Cromwell, a young but already famous captain. With your legendary spaceship Stiletto you find yourself in the middle of the conflict.

“Nexus – The Jupiter Incident” is what we call a TFS: a Tactical Fleet Simulator. It’s like nothing you’ve played before. The strong, elaborate story takes you from mission to mission and allows different approaches. It’s up to you which tactics you choose to bring each mission to a good end. A reward system enables you to repair, upgrade and enhance your ships depending on the approach you chose. Mission briefings let you roam through an unbelievably accurate 3D animated star map system.

Are you ready to take on the challenge…?