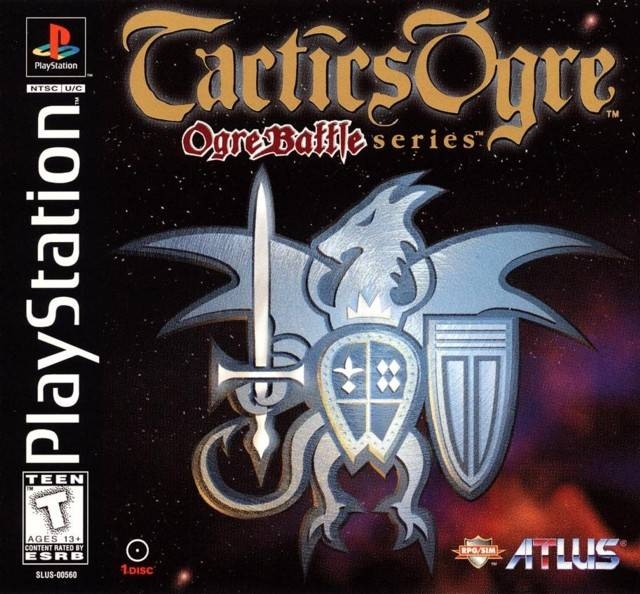 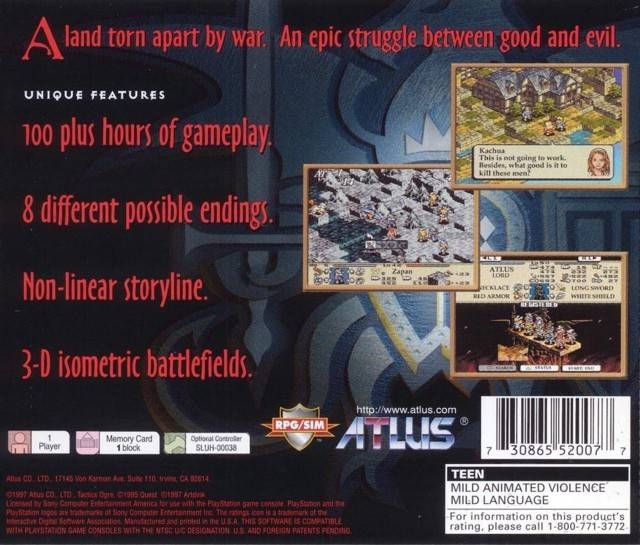 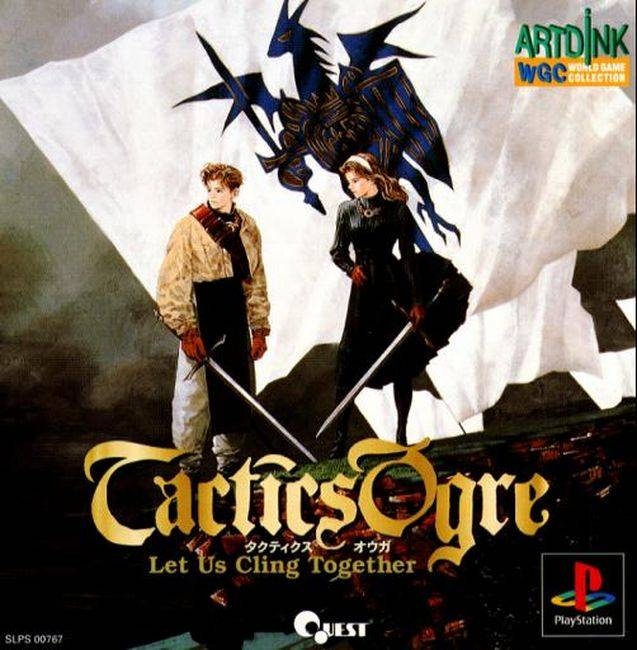 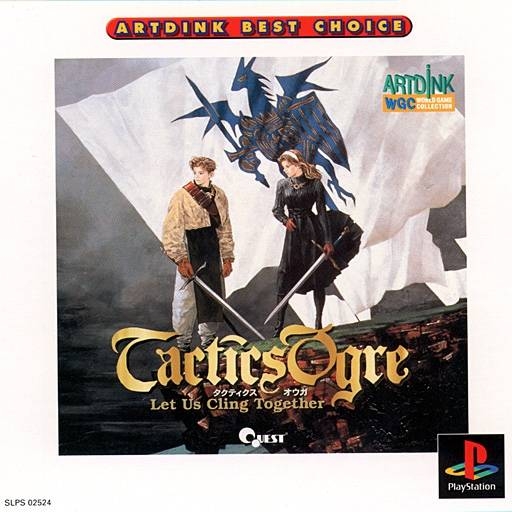 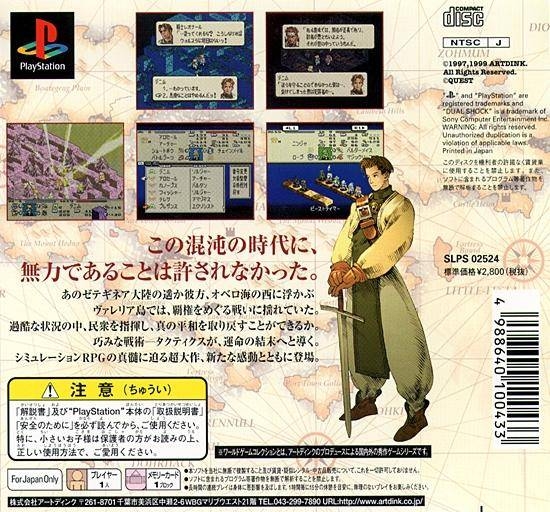 Tactics Ogre: Let Us Cling Together

The story takes place in a land called Valeria, which has established itself as a major trading port. Valeria consists of 15 islands and several different ethnic groups. As a result, many wars have been fought over who would control Valeria.

Peace was brought to the land by a king named DOLGARE. But after his death, Valeria was divided into 3 different ethnic groups, each claiming that they were the ones to succeed King Dolgare. The story begins when a minor ethnic group called the Walstanians were oppressed and discriminated by the other factions.