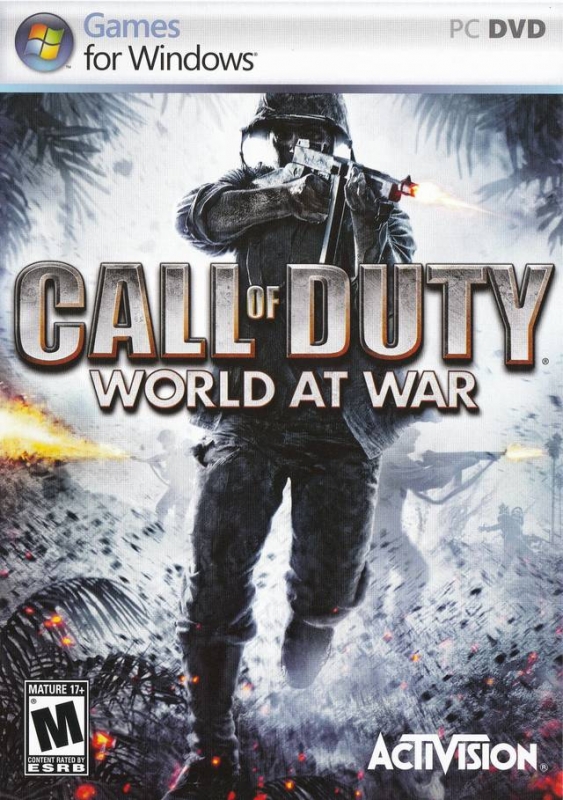 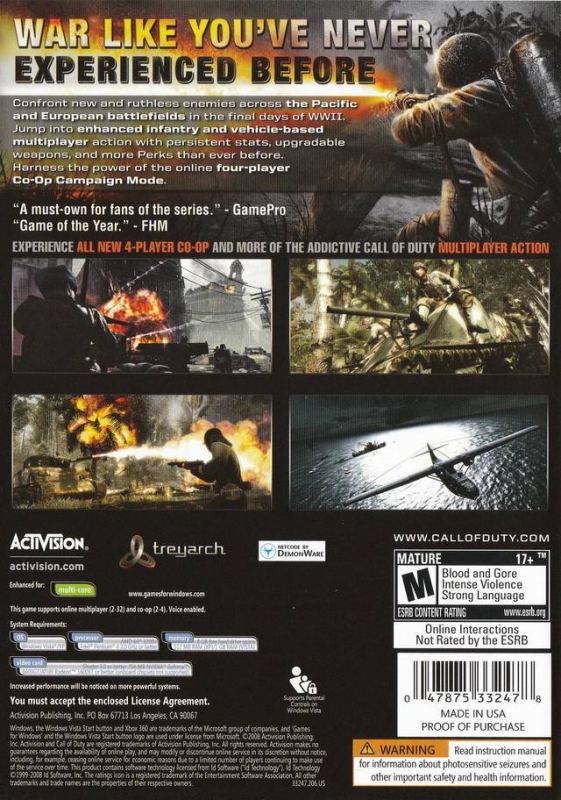 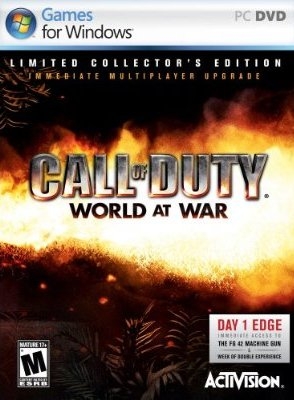 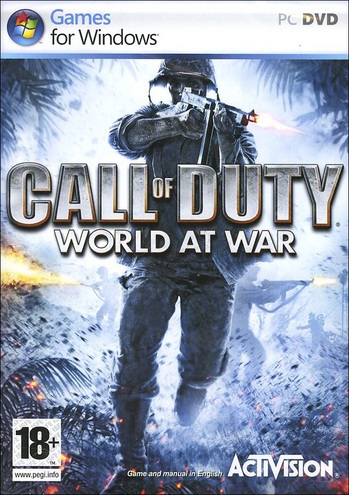 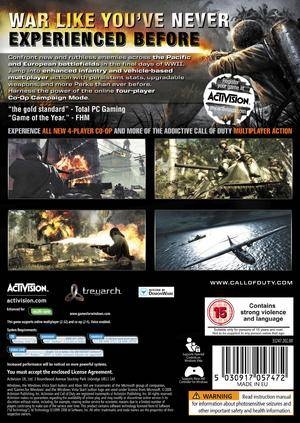 Powered by Call of Duty® 4: Modern Warfare technology, Call of Duty: World at War brings an uncensored edge to combat, as soldiers face the most harrowing and climatic European and Pacific battles in which an enemy, who knows no surrender and no retreat, will fight to the last breath, unleashing an arsenal of lethal surprising tactics. Peril and danger lurk throughout the battlefield as players combat the unknown risk of the new chaos of battle.

From the remains of Russia and the ruins of Berlin, to the beach and jungles of the deadly Pacific Theater, the volatile action takes on added depth as players employ new features that previously were only-available in multiplayer, including perks, rankings and online stats in up-to full four-player cooperative gameplay. New infantry and vehicle-based weapons, like the potent flamethrower, bring the battlefield ablaze.