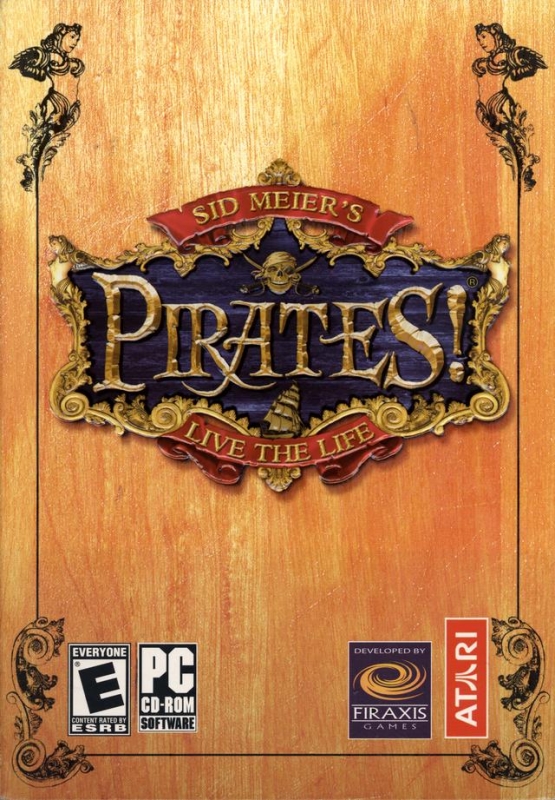 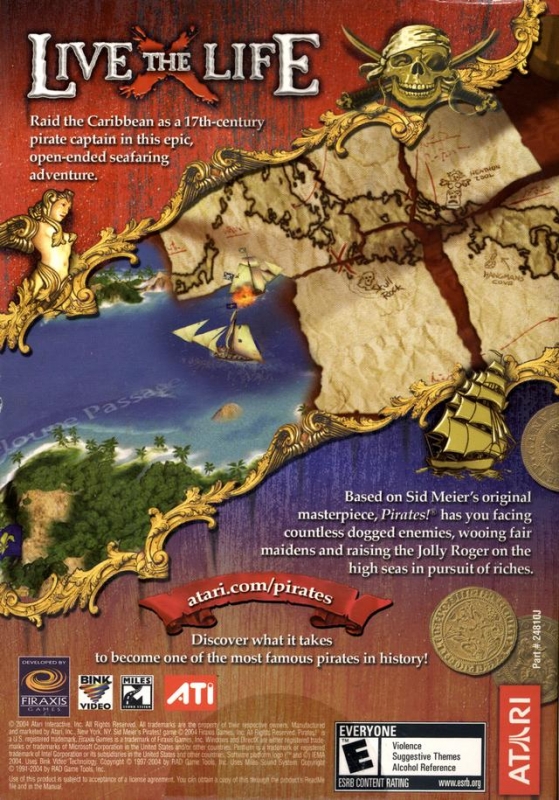 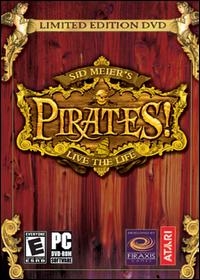 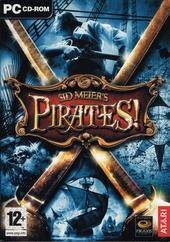 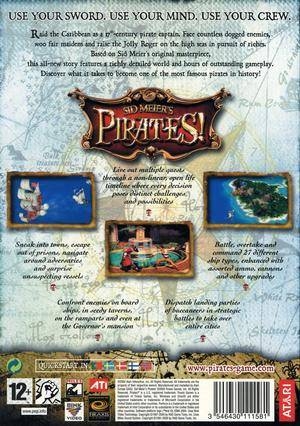 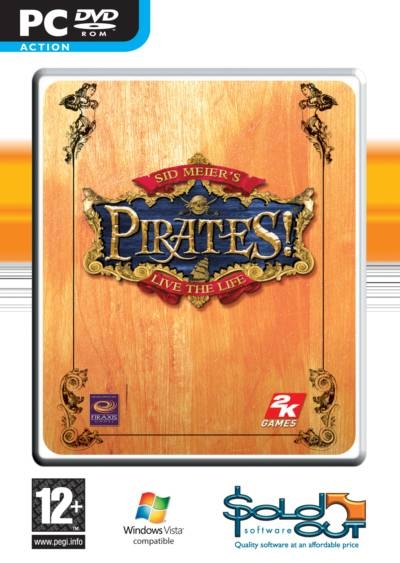 An entirely new game engine delivers updated gameplay, stunning new features, spectacular 3D graphics and enhanced surround sound, so players can fully experience the intrigue, adventure and danger of life as a pirate on the Spanish Main. In Pirates! you take the leading role of a Pirate Captain in the 17th century Caribbean amassing fortune and fame in an attempt to seize your rightful place as one of the most revered (and feared!) pirates in history. Test your skills as a sea captain exploring the high seas and exotic ports in a richly detailed 3D world. Overtake the enemy and seize valuable booty. Exchange plank-shattering broadsides in fierce naval battles, and engage in duels with worthy opposing captains. As your reputation and skills grow, so will the size and quality of your crew, and your ability to take on larger enemy ships, raid and plunder heavily fortified ports, and locate ancient treasure. There’s a whole cast of interesting and dangerous characters to meet, mysteries to solve, exotic island destinations to discover, and powerful alliances to forge!