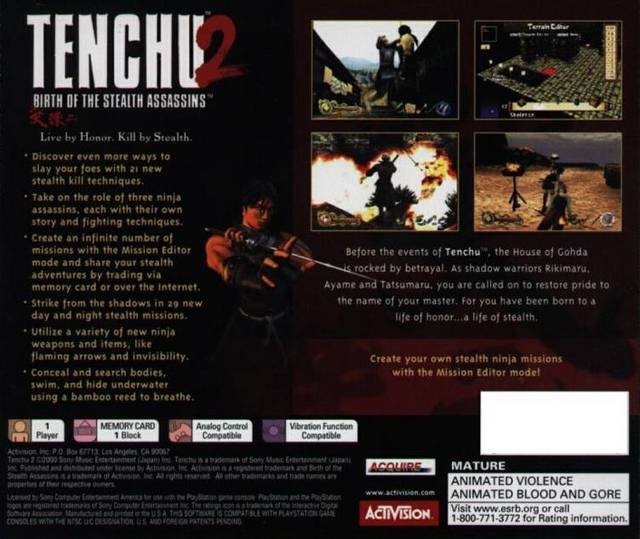 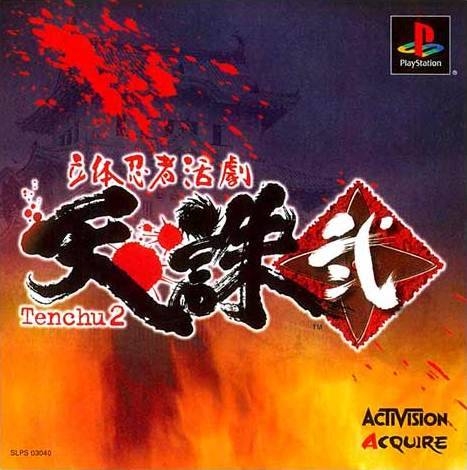 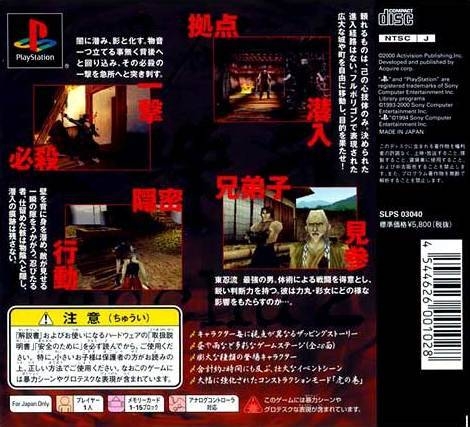 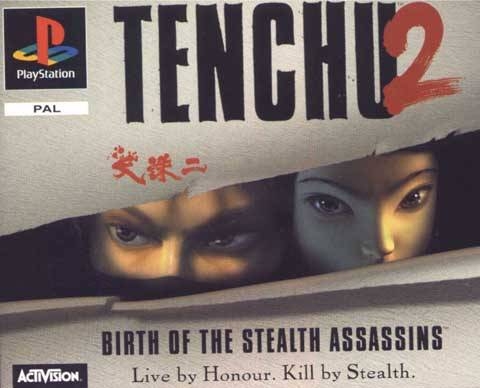 For generations, the House of Gohda has called upon the Azuma Ninja in times of need.
Now, in his darkest hour, he again requests the help of the mysterious shadow warriors.
When three young ninja step forward to save the House of Gohda, they find themselves in
a fierce battle with a sinister force that threatens to change the course of history.
Take on the role of three ninja assassins, each with their own story and fighting techniques.
Create an infinite number of missions with the Mission Editor mode and share your stealth
adventures by trading via memory card or over the Internet.
Strike from the shadows in 29 new day and night stealth missions. Utilize a variety of new ninja weapons and items, like flaming arrows and invisibility. Conceal and search bodies, swim,
and hide underwater using a bamboo reed to breathe.

Live by honor. Kill by stealth.