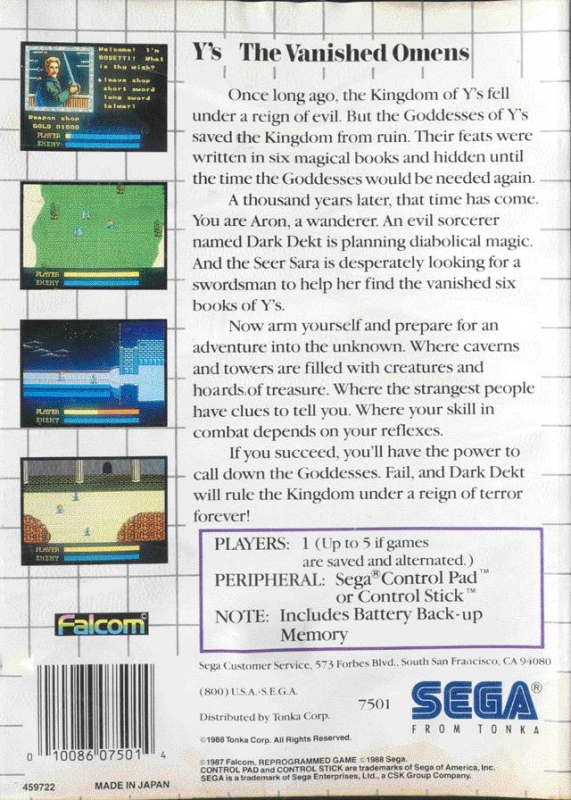 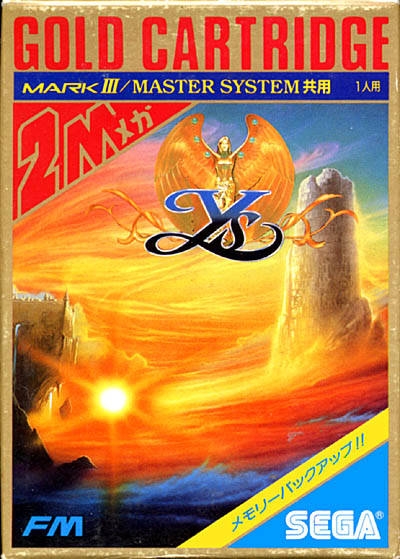 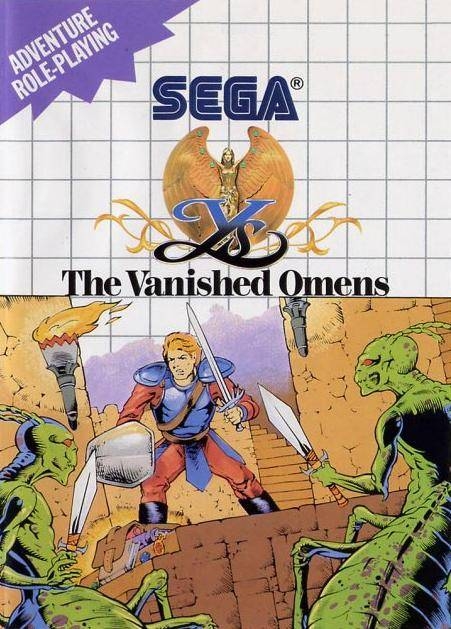 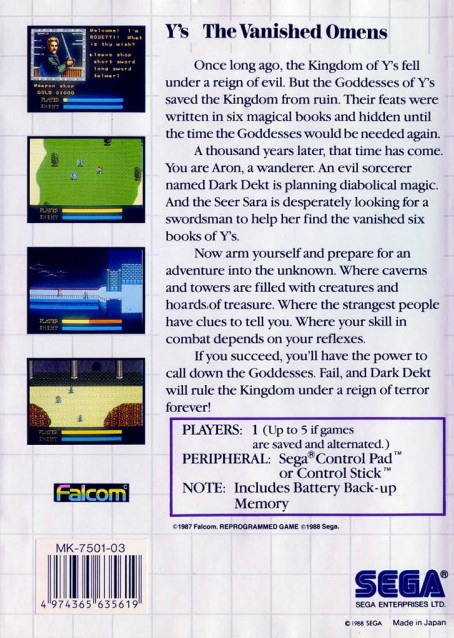 Once long ago, the Kingdom of Y's fell under a reign of evil. But the Goddesses of Y's saved the Kingdom from ruin. Their feats were written in six magical books and hidden until the time the Goddesses would be needed again.

A thousand years later, that time has come. You are Aron, a wanderer. An evil sorcerer named Dark Dekt is planning diabolical magic. And the Seer Sara is desperately looking for a swordsman to help her find the vanished six books of Y's.

Now arm yourself and prepare for an adventure into the unknown. Where caverns and towers are filled with creatures and hoards of treasure. Where the strangest people have clues to tell you. Where your skill in combat depends on your reflexes.

If you succeed, you'll have the power to call down the Goddesses. Fail, and Dark Dekt will rule the Kingdom under a reign of terror forever!