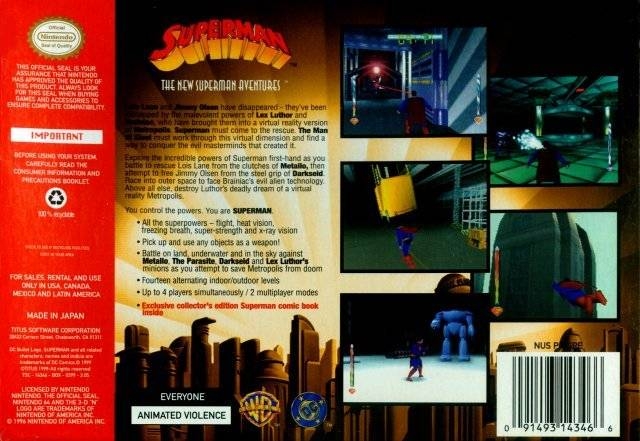 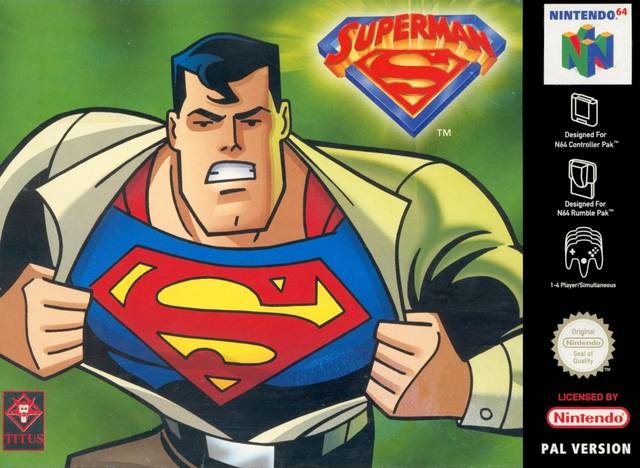 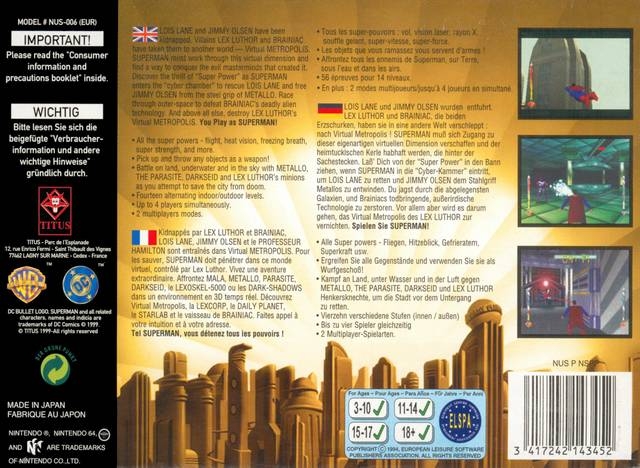 Superman was released for the Nintendo 64 in 1999. Before release, many fans of the Superman comic series and fans of Nintendo alike were excited for the prospect of a high quality super hero title. Unfortunately, near and upon release, people came across the path of one of the worst abominations of gaming history.

The game was lambasted heavily by reviewers, and Nintendo Power named it as the worst game to ever appear on a Nintendo system. With a score of 1.3 from Gamespot, 3.4 from IGN, and an average of 23% from Gamerankings, one can only help but notice how horribly overrated this game is by the gaming media.

As it makes quite apparent, Superman 64 is a nigh unplayable abomination. From the start of the game, it gives an unclear, poorly presented story. You are then plopped into your first level, wherein you must fly through a series of rings. However, there is a choice. If you wish, you can fly off the main path and explore the map. What you will find is an environment strewn with poorly animated buildings, and maybe a car or two.

Known as the man of steel, and able to move faster than a bullet, Superman flies at an incredibly slow speed (with poor controls to boot!). Flying through rings in this game, or watching it, is like a special olympics for circus animals. If you manage to accomplish this immense and wholely unrewarding task, you will be wisked to your next level. You start off in a random room, and trudge through the level. Your main goal is to disarm some dynamite which I'm not sure to this day is even possible.

If you bothered to play past the first two horrendous levels, you may have found something mildly entertaining. But probably not.