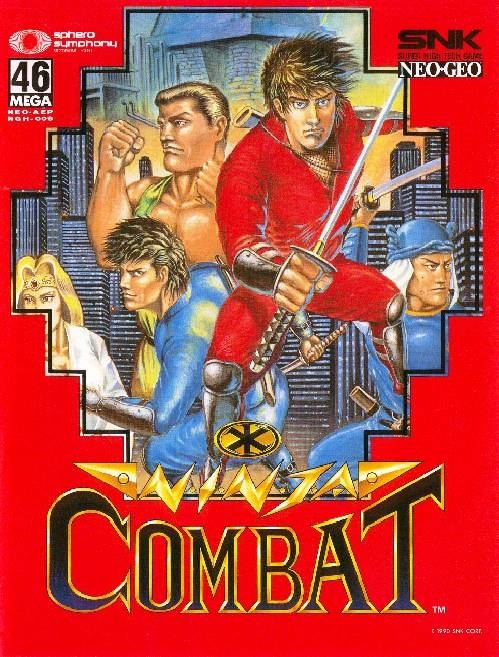 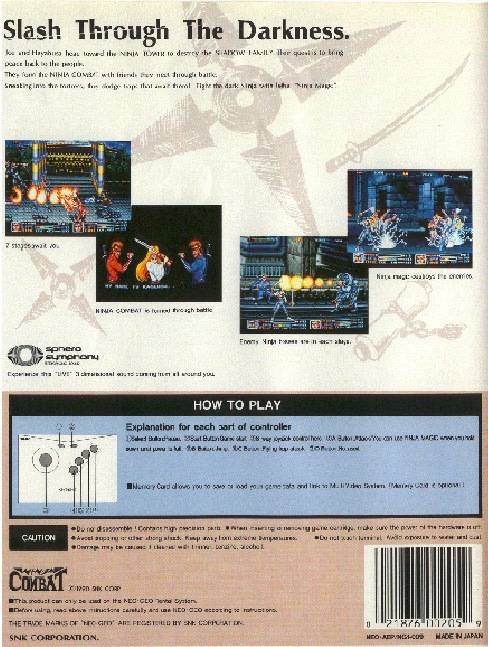 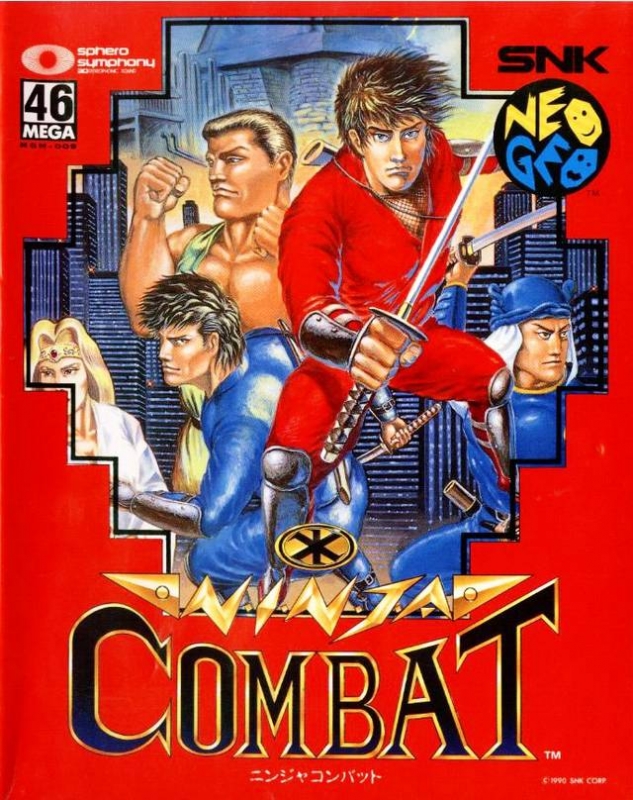 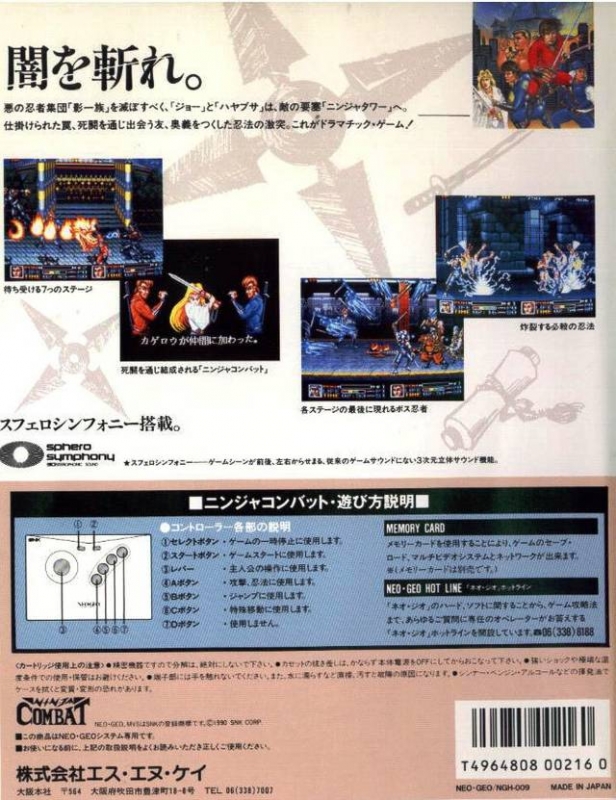 Released in 1990, Ninja Combat is a side-scrolling combat-action game. Take control of the ninjas Joe (one player) and Hayabusa (two players), and enter into battle against a group of evil ninjas called the Kage Ichizoku.

Make your way into their home fortress, Ninja Tower, which dominates a big city of the near future. Fight using normal attacks, jumps, special movements and ninja materials that deliver damaging blows to all enemies on the screen. In addition, you'll find weapons and items to aid you along the way.

Even better, as you progress in the game, reliable allies such as Musashi, Kagerow and Gembu will emerge to fight alongside you, allowing you to choose a new character in each stage. Ninja Combat also supports simultaneous play with two players, so you can grab a friend and defeat the Kage Ichizoku together.