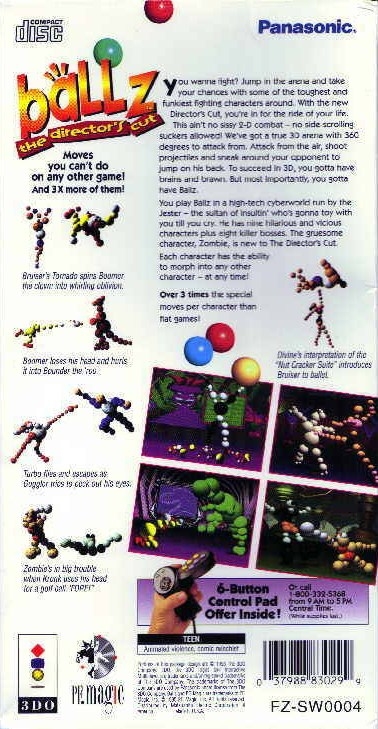 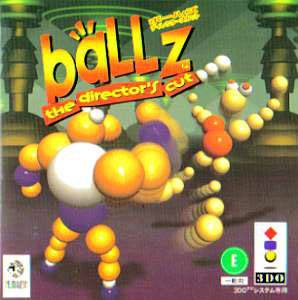 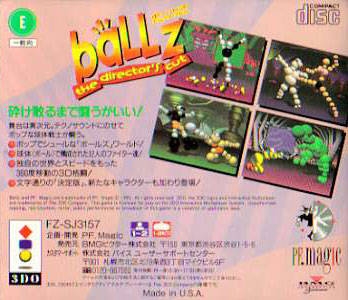 Ballz: The Director's Cut (3DO)

You wanna fight? Jump in the arena and take your chances with some of the toughest and funkiest fighting characters around. With the new Director's Cut, you're in for the ride of your life. This ain't no sissy 2-D combat - no side-scrolling suckers allowed! We've got a true 3D arena with 360 degrees to attack from. Attack from the air, shoot projectiles and sneak around your opponent to jump on his back. To succeed in 3D, you gotta have brains and brawn. But most importantly, you gotta have Ballz. You play Ballz in a high-tech cyberworld run by the Jester - the sultan of insultin' who's gonna toy with you till you cry. He has nine hilarious and vicious characters plus eight killer bosses. The gruesome character, Zombie, is new to the Director's Cut. Each character has the ability to morph into any other character - at any time! Over 3 times the special moves per character than flat games!