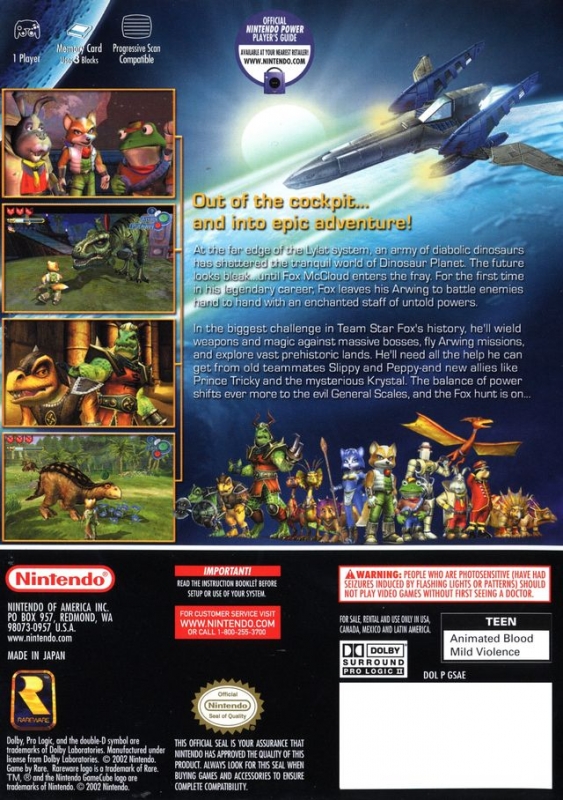 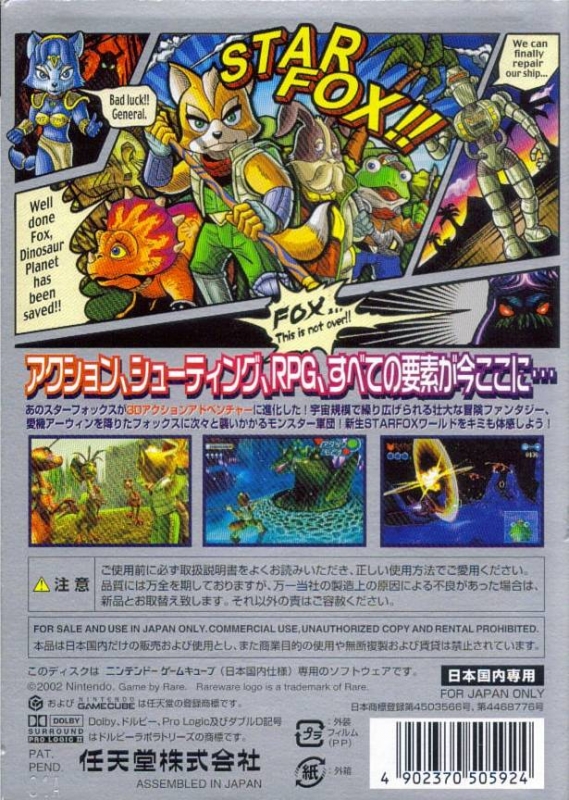 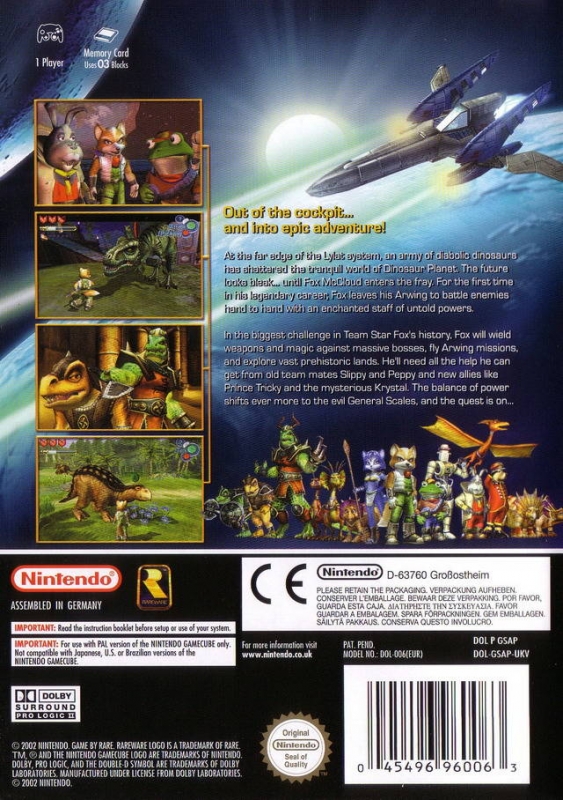 Out of the cockpit...   and into epic adventure!

At the far edge of the Lylat system, an army of diabolic dinosaurs has shattered the tranquil world of Dinosaur Planet. The future looks bleak...  until Fox McCloud enters the fray. For the first time in his legendary career, Fox leaves his Arwing to battle enemies hand to hand with an enchanted staff of untold powers.

In the biggest challenge in Team Star Fox's history, he'll wield weapons and magic against massive bosses, fly Arwing missions, and explore vast prehistoric lands. He'll need all the help he can get from old teammates Slippy and Peppy - and new allies like Prince Tricky and the mysterious Krystal. The balance of power shifts ever more to the evil General Scales, and the Fox hunt is on...