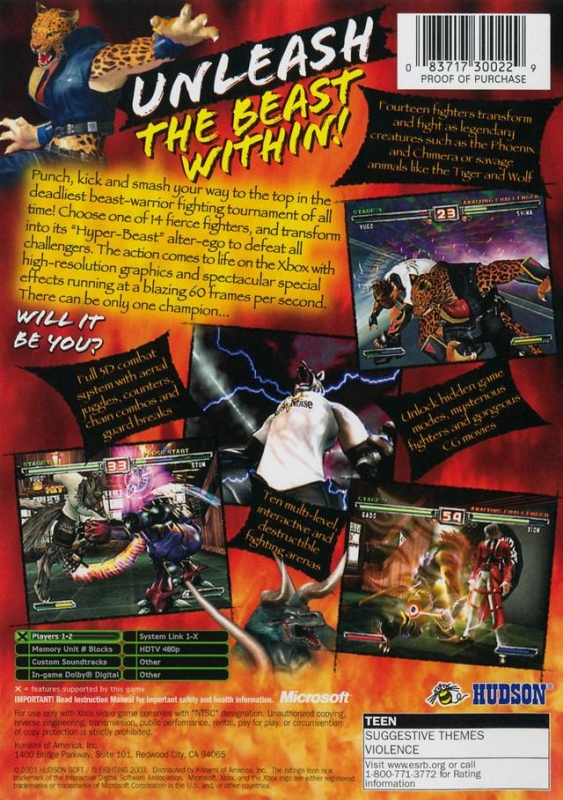 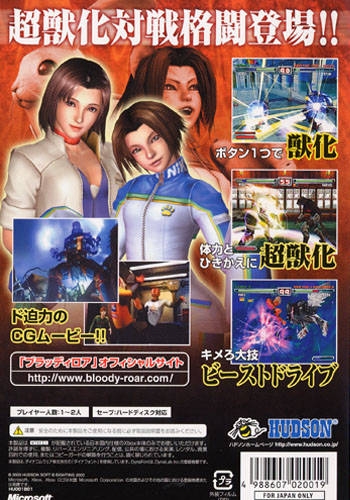 The Most Ferocious 3D Fighting Game to Hit the Xbox Console! Fight to the finish in Bloody Roar Extreme, the most ferocious brawler to hit the Xbox console! Play as one of 14 fierce fighters, who transform into their "Hyper-Beast" alter-egos to kick, punch and smash their way through 10 multi-tiered, destructible 3D arenas running at a blazing 60 frames per second. Brawl through 7 different gameplay modes to become the beast-warrior champion!