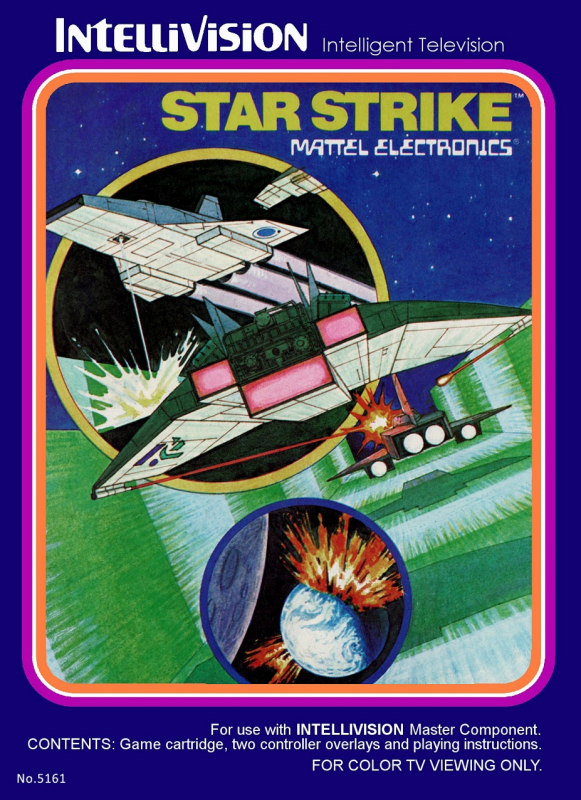 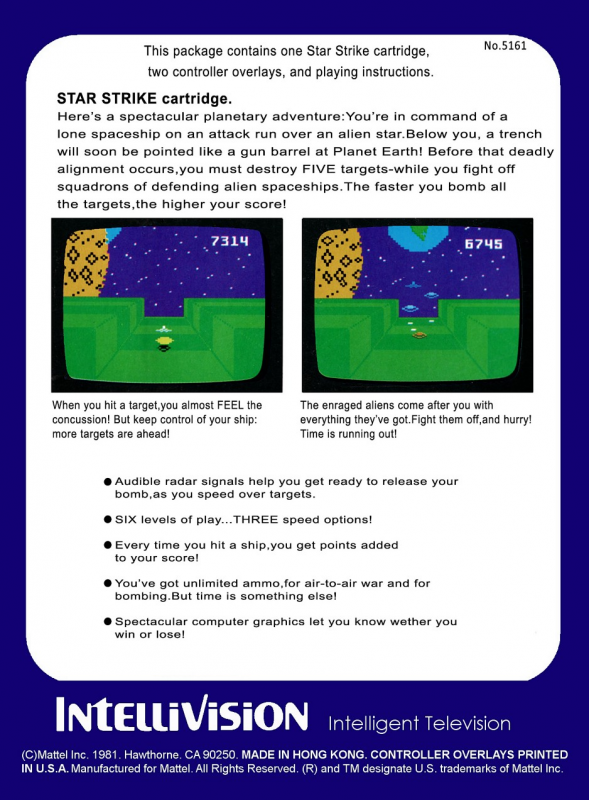 "Here's a spectacular planetary adventure:  You're in command of a lone spaceship on an attack run over an alien star.  Below you, a trench will soon be pointed like a gun barrel at Planet Earth!  Before that deadly alignment occurs, you must destroy FIVE targets - while you fight off squadrons of defending alien spaceships.  The faster you bomb all the targets, the higher your score!

When you hit a target, you almost FEEL the concussion!  But keep control of your ship: more targets ahead!

The enraged aliens come after you with everything they've got.  Fight them off, and hurry!  Time is running out!

Audible radar signals help you get ready to release your bomb, as you speed over targets.

Every time you hit an alien ship, you get points added to your score!

You've got unlimited ammo, for air-to-air war and for bombing.  But time is something else!

Spectacular computer graphics let you know whether you win or lose!"

*Quoted from the back of the Star Strike retail box for the Intellivision.