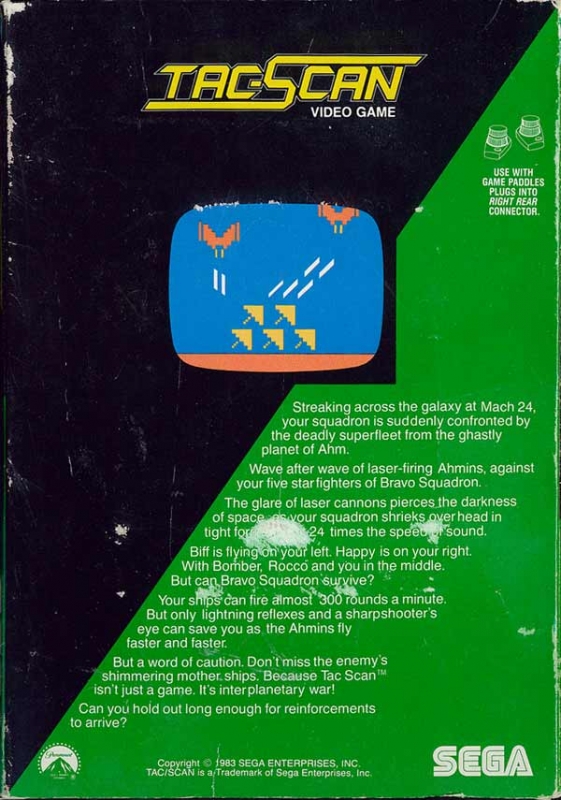 Streaking across the galaxy at Mach 24, your squadron is suddenly confronted by the deadly superfleet from the ghastly planet of Ahm. Wave after wave of laser-firing Ahmins, against your five starfighters of Bravo Squadron. The glare of laser cannons pierces the darkness of space as your squadron shrieks overhead in tight formation at 24 times the speed of sound. Your ships can fire almost 300 rounds a minute. But only lightning reflexes and a sharpshooter's eye can save you as the Ahmins fly faster and faster. But a word of caution. Don't miss the enemy's shimmering mother ships. Because TacScan isn't just a game. It's interplanetary war!