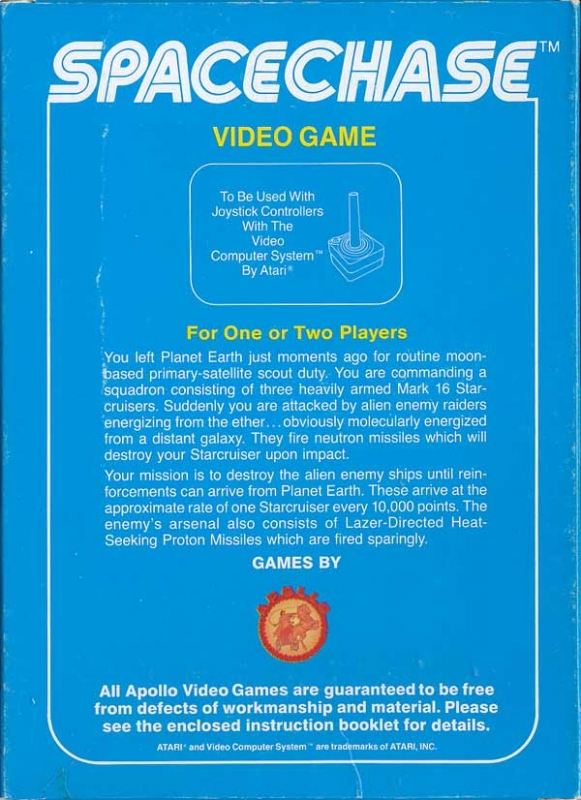 You left Planet Earth just moments ago for routine moon-based primary-satellite scout duty. You are commanding a squadron consisting of 3 heavily-armed Mark 16 Starcruisers. Suddenly you are attacked by alien enemy raiders energizing from the ether... obviously molecularly energized from a distant galaxy. They fire neutron missiles which will destroy your Starcruiser upon impact. Your mission is to destroy the alien enemy ships until reinforcements can arrive from Planet Earth. These arrive at the approximate rate of one Starcruiser every 10,000 points. The enemy's arsenal also consists of Lazer-Directed Heat-Seeking Proton Missiles which are fired sparingly.