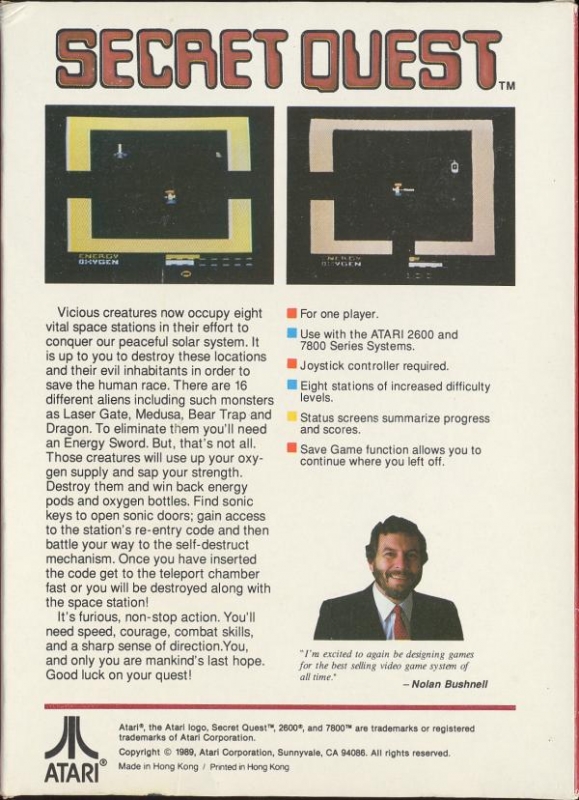 Secret Quest was made in 1989, so it was one of the later Atari 2600 games, but it was also one of the deepest gameplay wise and for an Atari 2600 game, it was VERY innovative. Since it was such a late game and the NES was running strong, this quest of a game unfortunately remained very secret to most video game fans.

There are eight huge levels included in Secret Quest. These eight levels are called space stations. The whole idea of the game is to blow up all eight of the space stations to successfully complete the game. But to do that, you first have to find your way through the long mazes and do several other things in order to survive.

You get to control a weird looking dude who looks to be wearing a red helmet and that always points straight forward. At the beginning of the game, you should find the main weapon you'll be using throughout the game, a sword that sort of reminds me of the ones they used in the Star Wars movies. That's right, this is a sci-fi/adventure game.