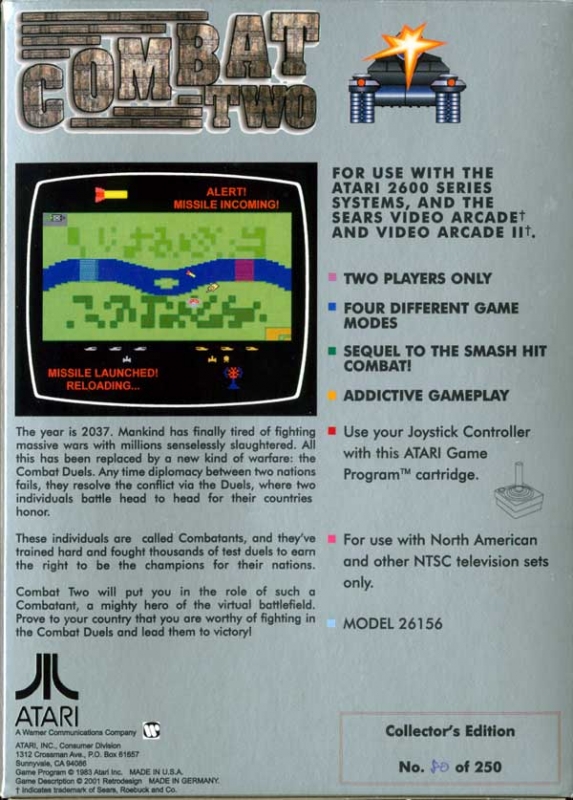 The year is 2037. Mankind has finally tired of fighting massive wars with millions senselessly slaughtered. All this has been replaced by a new kind of warfare: the Combat Duels. Any time diplomacy between two nations fails, they resolve the conflict via the Duels, where two individuals battle head-to-head for their country's honor. These individuals are called Combatants, and they've trained hard and fought thousands of test duels to earn the right to be the champions for their nations. Combat Two will put you in the role of such a Combatant, a mighty hero of the virtual battlefield. Prove to your country that you are worthy of fighting in the Combat Duels and lead them to victory!