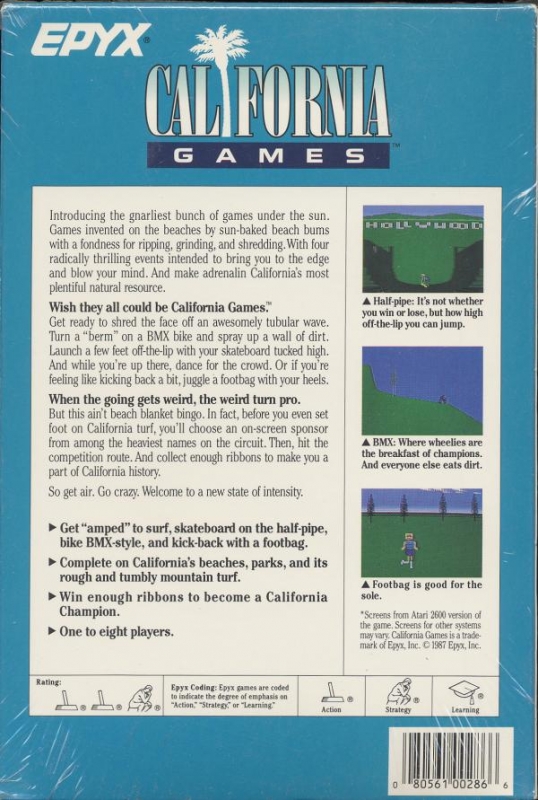 Introducing the gnarliest bunch of games under the sun. Games invented on the beaches by sun-baked beach bums with a fondness for ripping, grinding and shredding. With four radically thrilling events intended to bring you to the edge and blow your mind. And make adrenaline California's most plentiful natural resource. Get "amped" to surf, skateboard on the halfpipe, bike BMX-style, and kick-back with a footbag. Compete on California's beaches, parks, and its rough and tumbly mountain turf. Win enough ribbons to become a California Champion!