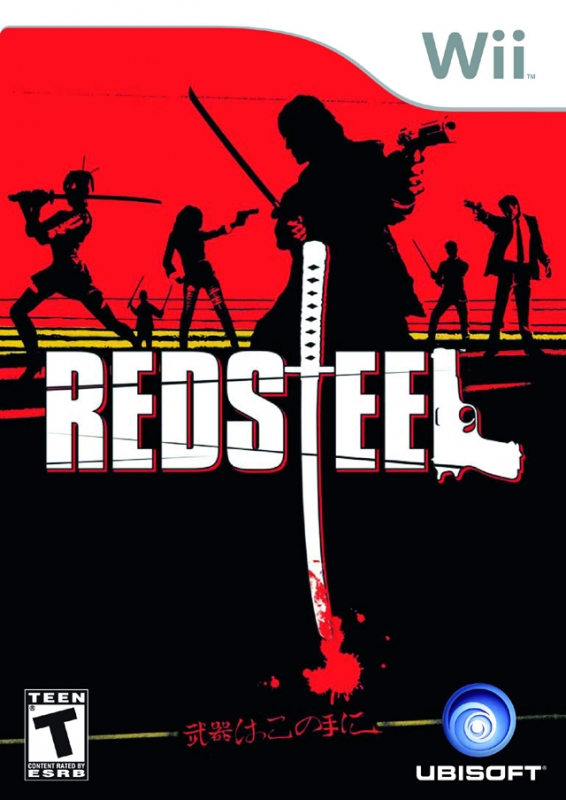 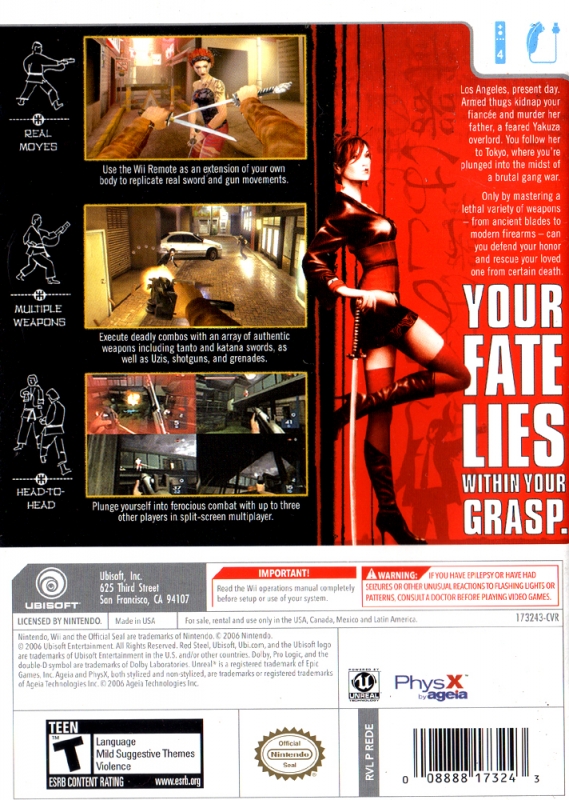 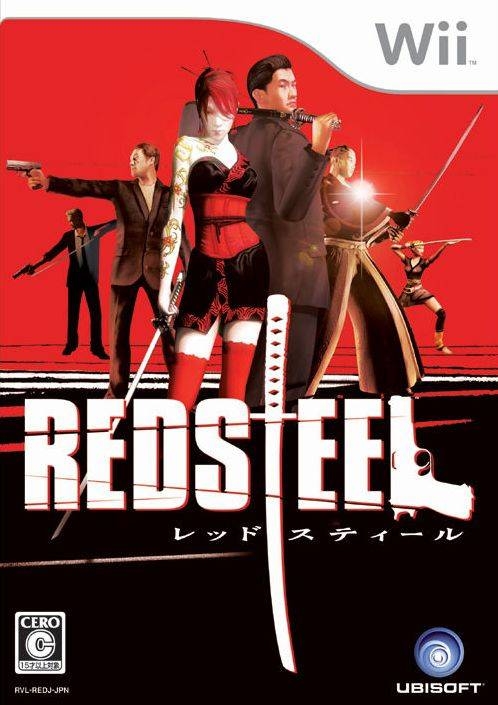 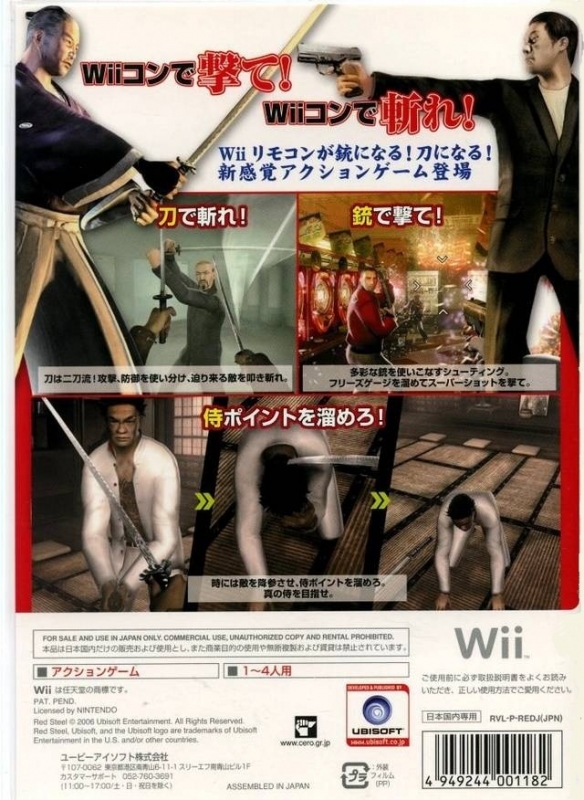 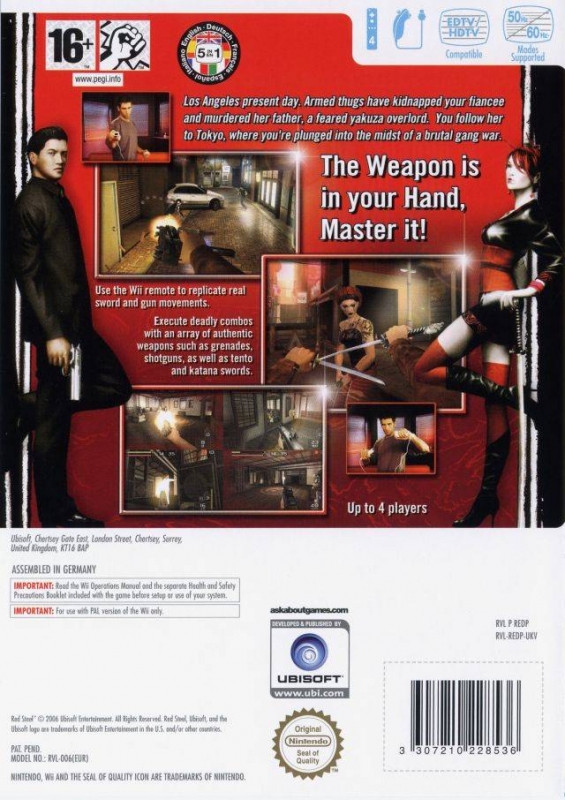 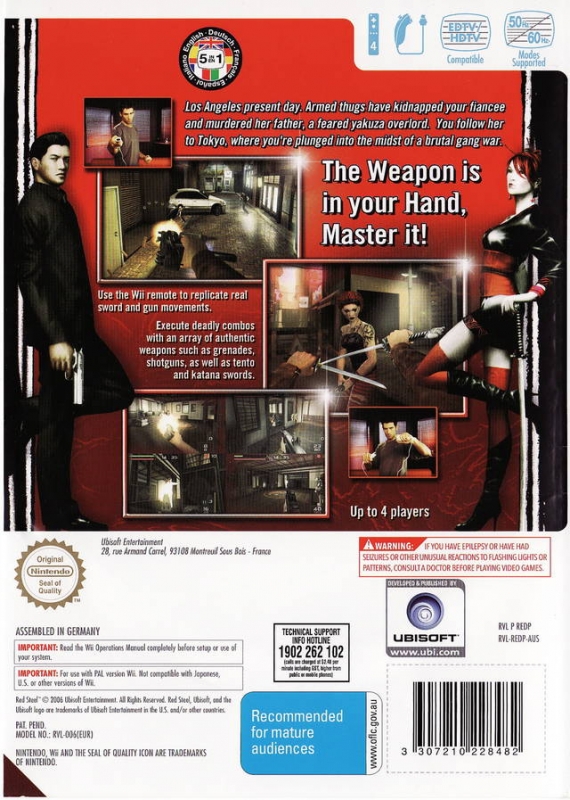 Red Steel delivers great action, music and gameplay. The game has lots of action to keep you busy and to keep you coming back for more. The controls work well for a launch title for the wii, with the exception of some movements. The game doesnt look as good as the screens and launch trailer released, but it doesnt look as bad either.

the only real flaw was the sword fighting. From the launch trailer it looked like real sword fighting but ends being confusing at times. There are too many moves for people to remember, so at times you might find yourself swinging left or right just to perform one of the moves.

some moves can be confusing

One other thing that isnt as good (but not really a problem) was the voice acting. Some of the voices are badly done and didnt seem to have much effort put into them.

Despite that, Red Steel is great and enjoyable.