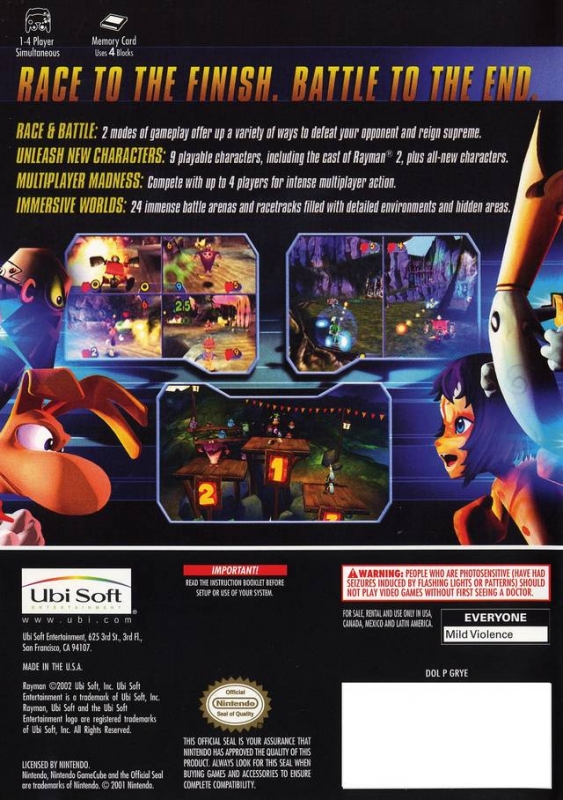 Race to the finish. Battle to the end.

*Ubisoft - back of box