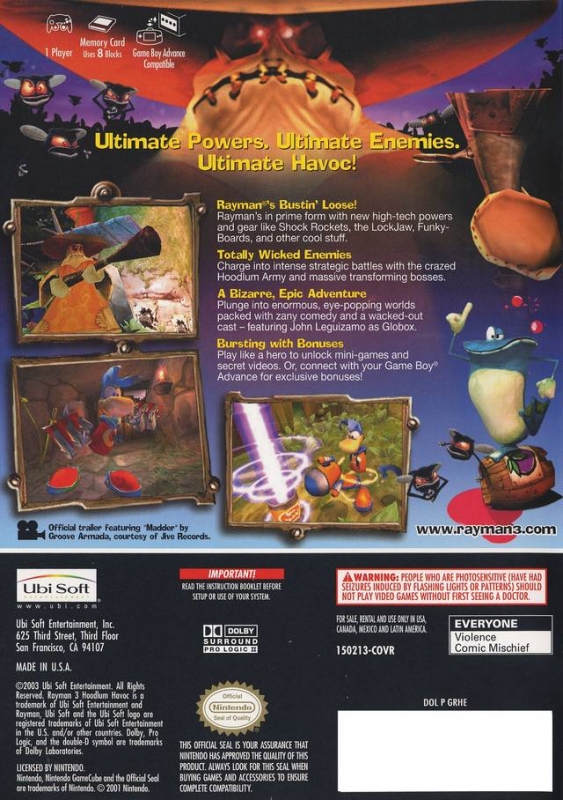 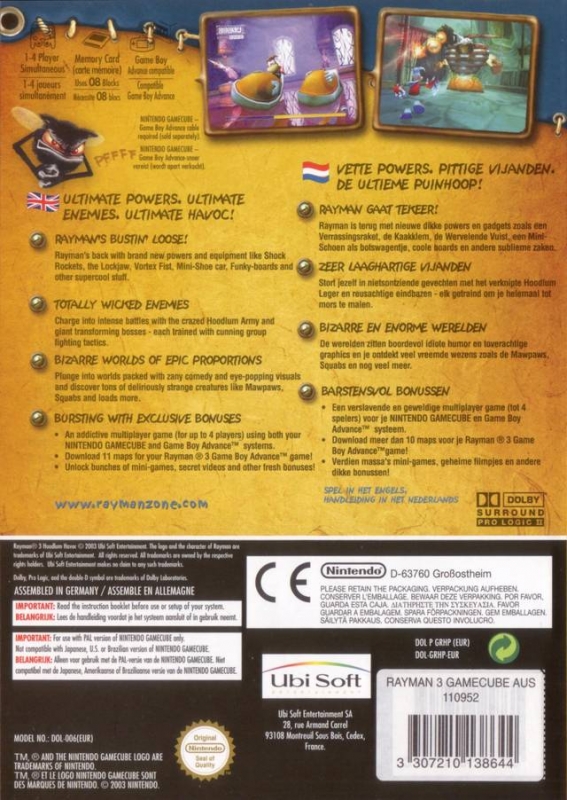 Globox swallows the dark lums chief while trying to save the fairies. This has some really disturbing effect on his behaviour. Hence when all of a sudden G. disappears RM gets very worried and immediately decides to go after him.
On his way to find Globox, RM will cross the swamps of Begoniax the witch, then a world dominated by the Hoodlums. When arriving in the world of bad dreams RM will have to fight with Jano the pirate. He'll succeed in defeating him. Jano tells him that it's the Dark Lum chief who kidnapped Globox and he was heading for the world of rocks & lava.
Rayman has no other choice than to cross the world of rock & lava himself....
Throughout his journey Rayman frees a number of teensies. If he saves enough of them they will tell him in exchange where has the dark lum chief taken Globox. It appears so that it's nowhere else but on the pirate ship, one the most unfriendly places in the world. In order to be able to fight with the powerful dark lum chief Rayman gets a new power (mega fist) from Ly the fairy.
The final fight will take place on the pirate ship where Rayman will not only vanquish over Razord Beard and his Henchmen, but also he'll gain victory over the dark lum chief itself.