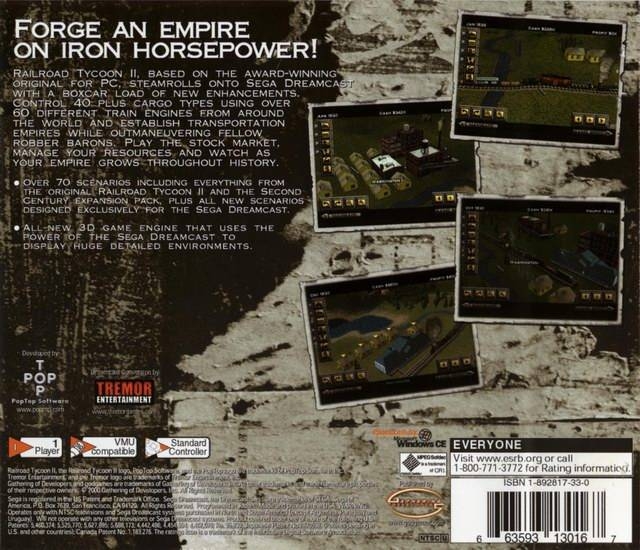 Railroad Tycoon II is a game about trains for people who love trains. Everything about the game is centered around an authentic look and feeling of the railways. Period video and pictures are interlaced with the game. The design and interface are true to the character of the fabled late 1800's railroads. The original Railroad Tycoon II by PopTop Software for the PC, Mac, and Linux takes you inside the world of a railroad baron of the late 1800s.

Tremor brings the world of Railroad Tycoon II to the Sega Dreamcast in full 3D splendor.