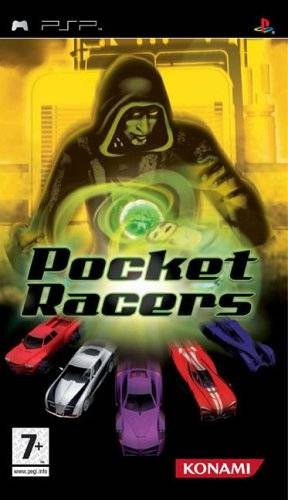 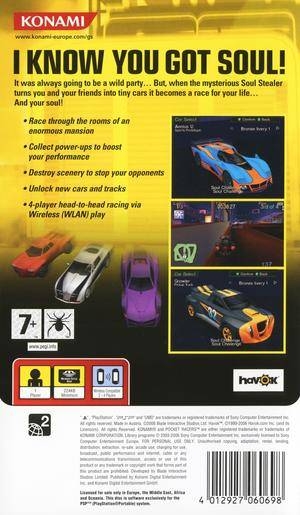 Pocket Racers features miniaturised cars whizzing around a series of everyday environments. The player is cast as a spoilled teenager at a party, who is transformed into a toy car by of a vengeful demon. What follows is a frenetic race for survival as the 'Nemesis' demon sets a series of increasingly hard challenges within the fully interactive - and destroyable! - play areas.

The cars in Pocket Racers represent the soul of the stricken player, and can be augmented through the collection of 'Soul Shards' which litter the play area. Collecting these allows the user to inflict massive damage on rival cars or the debris that clutters the race area, while additional weapons such as nitro boosts, missiles and ice can be used to sneak past opposing racers. These extra weapons are left around the courses, and must be gathered before your opponents get them. The courses themselves range from a messy bedroom, a conveyor belt-laden factory and a kitchen, and feature sneaky short cuts and hidden extras for the player to find. Pocket Racers also features a number of vehicle styles that are ideally suited to the varying locations. Sports cars, trucks, 4x4s and Coupes vie for the player's attention, while other hidden vehicles can also be unlocked.