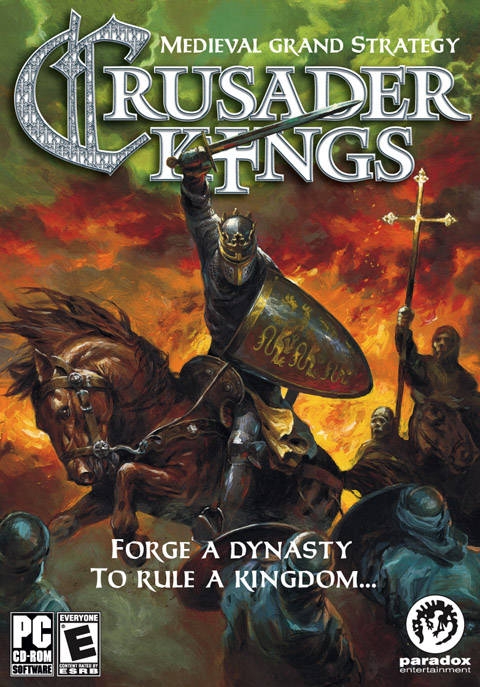 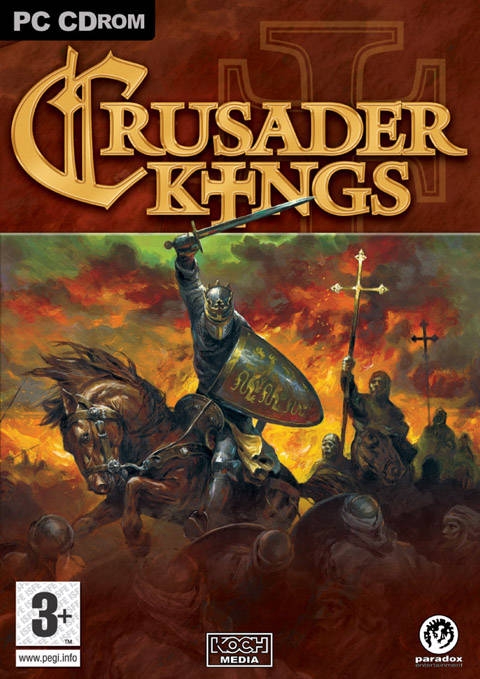 Europe is in turmoil. The Viking raids have ended but the lands have been fragmented into petty fiefs. The Emperor is struggling with the Pope and rumor has it that another Scourge of God is rolling in over the Steppes of what would become Russia. Meanwhile the Pope has declared that those who go to the Holy Land to liberate it will be freed of all sins…

Play as the leader of a glorious dynasty, amass prestige and piety and the world will whisper your name. Increase the greatness of your lands and your treasure coffins. Build Cathedrals and Castles. Appoint vassals and battle traitors. Introduce laws and set taxes, interact with hundreds of courtiers and nobles.

Can you organize defense at home, while mustering a great army? Will you concert other monarchs, including the Pope, under you leadership to liberate the Holy Land? Do you have what it takes to become a Crusader King?

Crusader Kings is a strategy game that focuses on the feudal kingdoms of medieval Europe in the period of 1066 to 1453 A.D.

Take control of one of the Great Christian Dynasties of Europe and forge the bonds of your vassals from a circle of friends into a Nation. Play Dynasties as the Houses of Normandy, Gorm, Plantagenet, Rurik, Capet, Salian, Luxemburg, Navarre, Piast and the Ducas

The goal of the game is to become the most powerful dynasty of medieval Europe.