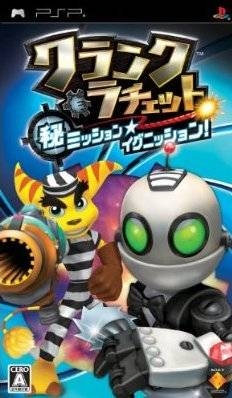 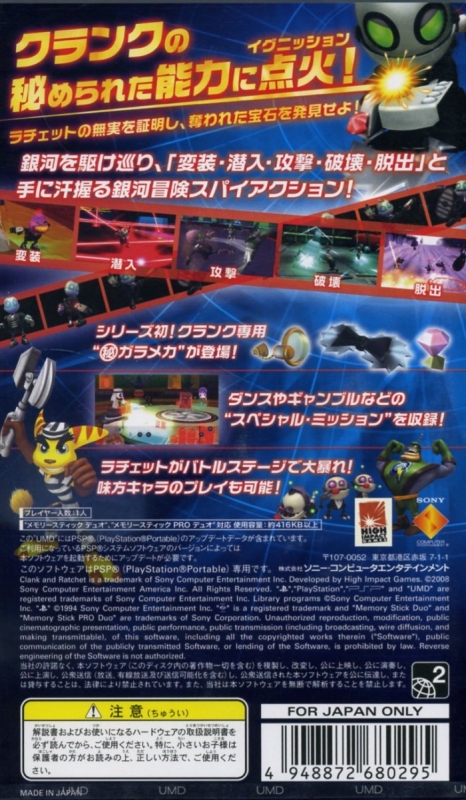 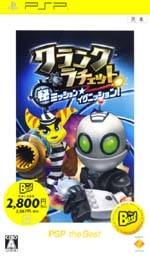 "VGC reviews Secret Agent Clank, is it the game PSP needed in this summer game drought? "

Taking cues from spy classics of the past, Secret Agent Clank presents the Ratchet and Clank universe with a spy themed twist, including Clank as the Galaxy’s greatest undercover agent dressed in a tuxedo. With gadgets ranging from Cufflink Bombs to the Tie-arang and the introduction of Clank-Fu, Clank’s very own style of martial arts, Secret Agent Clank features action oriented moves and gadgets newly upgraded for the franchise. Also new to Clank’s move set are timing based puzzles enabling him to avoid laser fields, struggle to stay alive in a dance of death and subdue enemies with his bare hands. For the first time in the franchise, Clank masters snowboards, speed boats and other vehicles to take part in exciting chases, escape missions and to tail enemies.

In an all new story, players find Ratchet in a maximum security prison for a crime he didn’t commit. The player follows Clank as he dons his secret agent persona in order to prove Ratchet’s innocence. With a combination of stealth, puzzle solving, melee combat and spy weaponry, Clank gathers evidence and follows a trail of clues that takes him to the far reaches of the universe. Ratchet returns as a playable character, receiving weapons from Clank to help him stay alive in prison. Another first for the franchise, Captain Qwark appears as a three dimensional playable character, retelling the tales of Clanks exploits as if he were the champion with the exaggerated, over-the-top humor only Captain Qwark can provide.